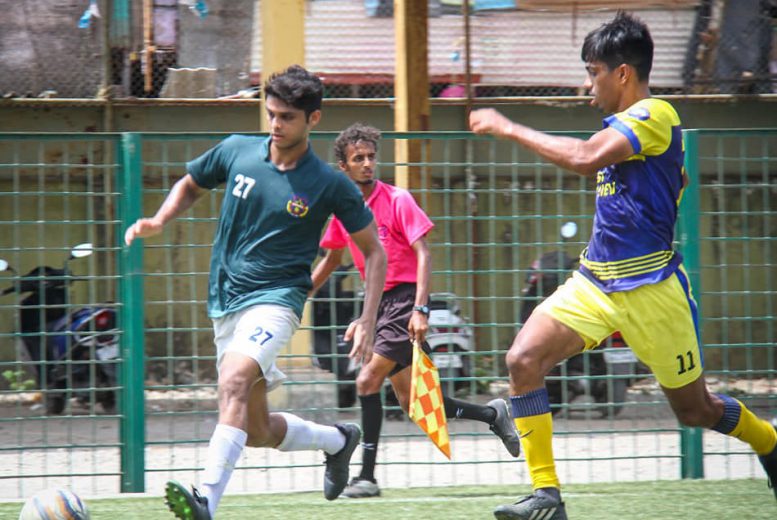 Kenkre FC registered a narrow 1-0 win over Football School of India in the second match on Monday, 30 May 2022

Kenkre dominated the proceedings from the very first whistle. They broke the deadlock in the 20th minute. A lobbed ball came into the box from the right-hand channel, and Rohit Jain with a half-volley gave his team the lead.

After taking the lead, the Augusto Da Silva-coached side tested the FSI’s goalkeeper on several occasions, but he made some fine saves to prevent Kenkre from doubling the lead. The first half came to an end with Kenkre having a 1-0 lead.

In the second half, the Vijith Shetty-coached team took the field with great determination. They created some chances and kept searching for the elusive equaliser.

Match nearing completion, FSI pushed on and scored the equaliser in the 81st minute, but linesman Samuel Naronaha showed his flag for a controversial offside.

The referee blew the final whistle and FSI failed to find the back of the net as Kenkre took all three points home.