Blue Tigers go down to Jordan in friendly match 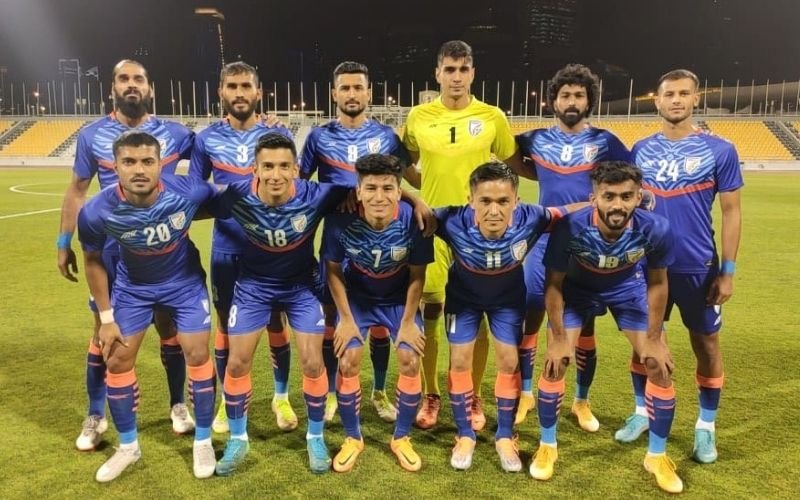 It was a cautious start to the game, as both sides looked to settle down into the game, looking for openings.  Jordan had a free-kick on the edge of the India box within the first 10 minutes, but Mousa Suleiman’s cross into the box evaded all.

Hamza Aldaradreh was played through behind the India defence on the 20th minute, but he failed to control the ball, as Gurpreet Singh Sandhu rushed off his line and collected the ball.

With a little less than 15 minutes of the first half left, Manvir Singh broke on the left in a counter as he was played through. However, he ultimately lost control of the ball, the Jordanian defence mopped up the ball.

With both the sides yet to break the deadlock, the first half wound to a halt, as the two teams headed to the dressing room with the scores level.

Blue Tigers head coach Igor Stimac made a couple of changes after the turnover, bringing on Ashique Kuruniyan and Yasir Mohammad in place of Manvir Singh and Anirudh Thapa, respectively.

India came out with a lot more impetus in the second half, and a cross from the left just three minutes into the second half, was aimed at Sunil Chhetri by Subhasish Bose, but the former could not get to the end of the pass.

A corner on the 53rd saw a stray clearance by the Jordan defence land at the feet of Sahal Abdul Samad on the edge of the box. The Blue Tigers playmaker pulled the trigger from long range, but his effort went over.

A little over the hour mark, India earned a free kick on the right flank, around 40 yards out. Substitute Yasir struck a curling left-footer that went over the melee of players at the edge of the Jordan box and thudded off the cross-bar.

Minutes later, India earned a corner that was curled in by Yasir again, as he aimed it straight at Sandesh, whose header went wide.

At the other end, Jordan were awarded a free-kick on the 72nd, as captain Baha Suleiman curled a right-footer that went over the cross-bar.

The Blue Tigers made further changes with around 15 minutes of regulation time left on the clock, bringing on Suresh Wangjam and Brandon Fernandes in place of Sunil Chhetri and Glan Martins.

A minute later, however, Jordan took the lead, as Ahmad Saleh controlled an aerial through ball inside the Indian penalty box and played it to Abu Amara on the first touch, as the latter side-footed it home.

With the clock winding down, India made an attacking change, bringing on striker Ishan Pandita in place of defender Subhasis Bose.

India had a great chance to draw level on the second minute of injury time, as Sandesh Jhingan nodded a long ball into the path Ishan Pandita, but an outstretched leg by Tarek Khattab took the ball away from him.

However, Jordan soon secured the win a minute later, as Abu Amara turned from scorer to provide, as Abu Zraik ran on to the pass and slotted it home.