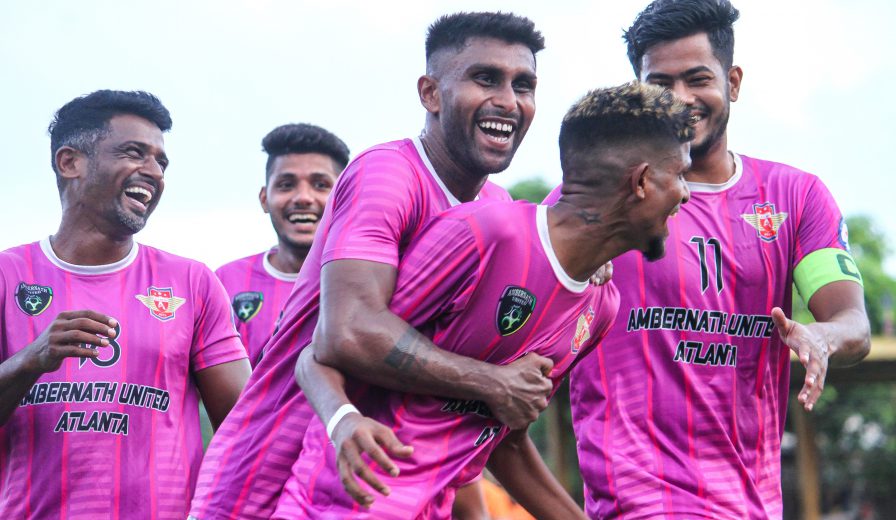 Ambernath United Atlanta FC extended their unbeaten run to 16 matches with a comprehensive 3-0 win over The Oranje FC on Friday 27 May 2022.

Ambernath United Atlanta FC faced the Oranje FC with the title already secured on Friday. Sharvan Shetty drew the first blood in the 17th minute. Alok put a curling cross in the box from a left-hand channel. Oranje FC’s goalkeeper could not judge it correctly and Sharvan, who was unmarked, pounced on the opportunity to tap the ball home.

The Oranje FC, after going down gave a good flight and tested the AUA FC defence but couldn’t find the breakthrough to level the score.

The first half ended with AUA FC entering the tunnel, with a slender advantage over Oranje FC.

Steven Dias’ men continued their attack in the second half as well. The table-toppers kept more ball possession and created more goalscoring opportunities but the Oranje FC defense stood firm to deny them. Orange FC’s resistance was eventually broken when Tejas doubled the lead for AUA FC in the 79th minute. A lofty ball came from a corner kick in the right, creating a lot of confusion inside the Oranje FC box as they failed to clear the ball, Tejas took advantage of the opportunity and back-heeled it perfectly and doubled his side’s lead.

With the game nearing conclusion, the Oranje FC pressed on for a consolation goal and tested AUA FC goalkeeper Rahul. Rahul stood firm under the bar and made some crucial saves to keep his side’s 2 goal lead intact.

In injury time, the league leaders tripled their goal tally. In the 90+2nd minute, Vijith Shetty lobbed a ball from the center towards the attacking third, Michael trapped the ball on his chest and took a shot that ended in the back of the net.

The referee blew the final whistle as the match ended as the 16th victory for Ambernath United Atlanta FC.