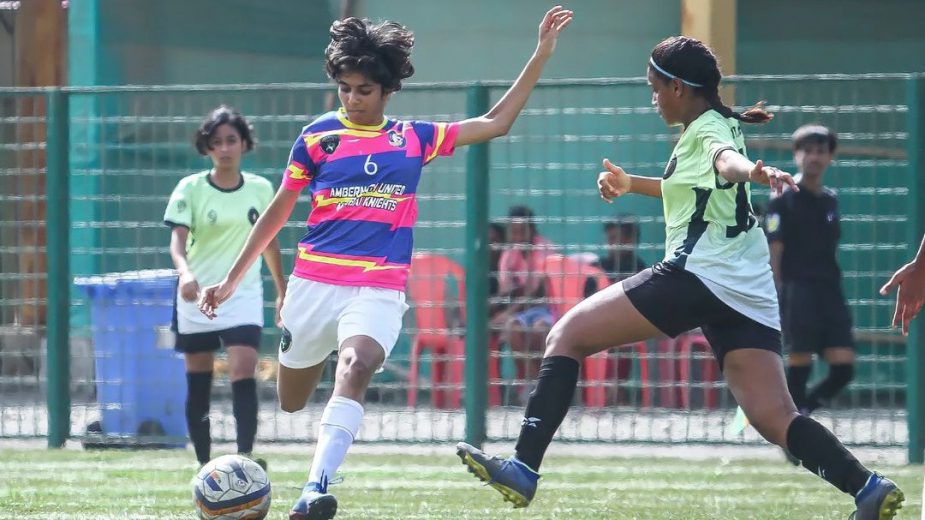 Valencia’s hat-trick powered Mumbai Knights to a resounding 8-0 win over South Mumbai United on Saturday, 28 May 2022.

Mumbai Knights had a quick start to the game as they opened the scoring just three minutes into the game. Velanie found the back of the net with a long-range effort and gave her side the lead.

Mumbai Knights earned a penalty kick in the 20th minute. Captain Valencia D’Mello stepped up and scored from the spot to double her side’s lead.

Valencia scored her second goal of the game in the 36th minute. Mmehak put a low cross into the box, and the opposition defender intercepted it but failed to clear the ball. Valencia, who was there, took advantage and put the ball in the back of the net.

The first half ended with Mumbai Knights having a solid 4-0 lead over the opponents.

In the second half, the Steven Dias coached side continued their dominance in the attacking third. Valencia completed her hat-trick in the 51st minute.

Mmehak registered her name on the scoresheet in the 56th minute to give her team a 6-0 lead. Neha Ture doubled her tally in the 61st minute and made it 7-0 for her side.

In the later stage of the game, Mumbai Knights were still having a go at South Mumbai United, and in the 69th minute, Velanie completed her brace.

The game, which was completely dominated by Mumbai Knights, eventually ended as their 5th consecutive win. With this win, Mumbai Knights extended their unbeaten run to 5 matches.