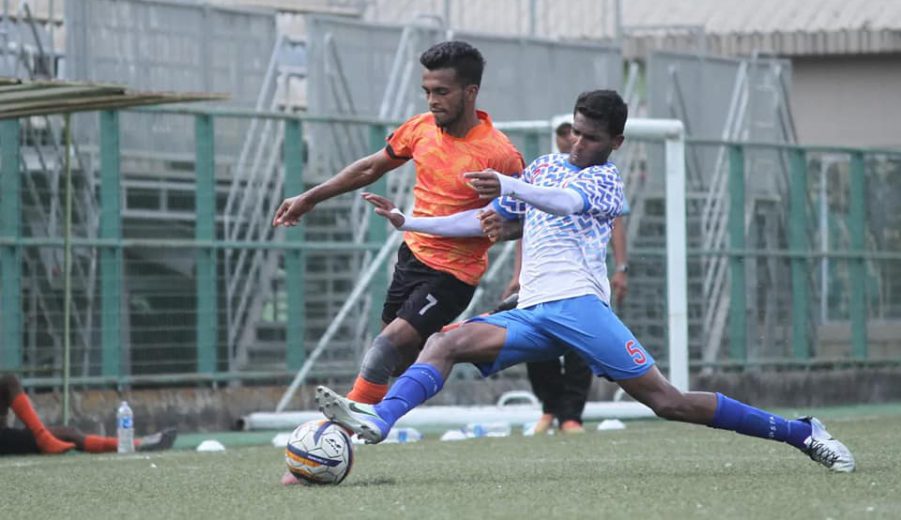 A hard-fought feisty encounter between Union Bank of India and Bank of Baroda ended with the former picking a crucial 2-0 win.

After a cagey opening few minutes, UBI started pressing into the game and took the early lead in the 11th minute when Saurabh Nikam’s shot found the back of the net. The goal pushed Bank of Baroda into the game as they started to fight back with some penetrating moves. However, goals eluded them as the UBI’s defense held on.

There was drama and emotions throughout the game as players went full out in search of goals. The high-intensity game saw a lot of tackles and fouls between players with as many as 3 players coming off injured.

In the second half, Bank of Baroda pushed men forward in search of an equalizer often leaving their defense vulnerable. UBI managed to hold on to the BOB pressure and eventually with Athang Kanekar’s 89th-minute strike doubled their lead to put the game to bed.

In another entertaining game, RBI took the early lead in the game after Troy Nunes’s shot found the net net in the 24th minute. Central Railway tried hard to make a comeback and put continuous pressure on RBI but the latter held on with some solid defending. However, deep into the injury time, Sajandeer Singh’s strike rescued Central Railway with a point.

RoundGlass Punjab, NEROCA end Hero I-League campaign with six goal thriller
Yavatmal, Satara, and Palghar confirm their places in the next round of the WIFA Interdistrict U-17 Girls Tournament