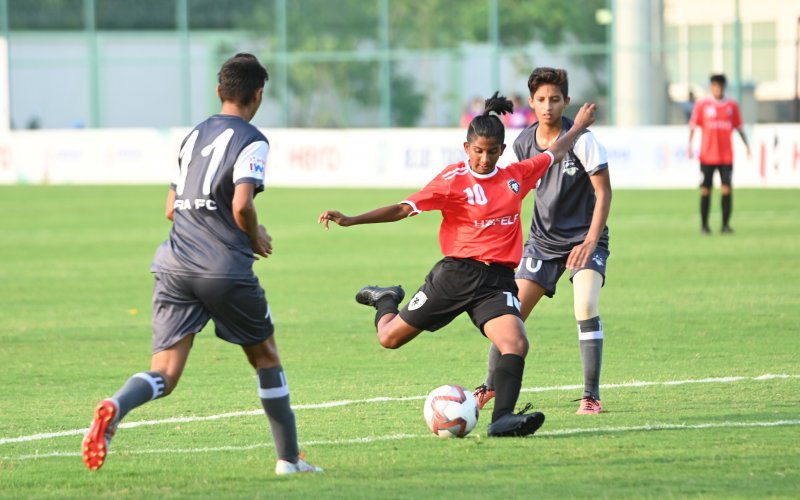 PIFA Sports held ARA FC to a 1-1 draw in the Hero Indian Women’s League 2022 at the Capital Ground in Bhubaneswar, on Friday, May 13.

The team from Ahmedabad took the lead in the early stage of the game and showed much composure behind the ball. Skipper Anju made a penetrating run through the PIFA Sports defence and caught the goalkeeper out from distance to make it 1-0 in ARA FC’s favour in the 15th minute.

The two sides looked evenly matched at the halftime break as both shared a similar amount of ball possession and attempts. Yet, ARA FC managed to hold onto their lead until the 70th minute of the game.

PIFA Sports kept pressuring the ARA FC defence with Nisilia Majaw coming tantalisingly close to scoring in the 71st minute. Finally, it was the substitute Akanksha Kandalkar who pulled one back for the Mumbai side in the 73rd minute. The forward controlled the ball off a corner kick, beat a defender and took her chance from the edge of the box to find the back of the net.

It was an end-to-end encounter between the two sides, who shared almost equal number of shots on goal. Eventually, the game ended with both teams scoring a goal apiece and heading home with a point each.