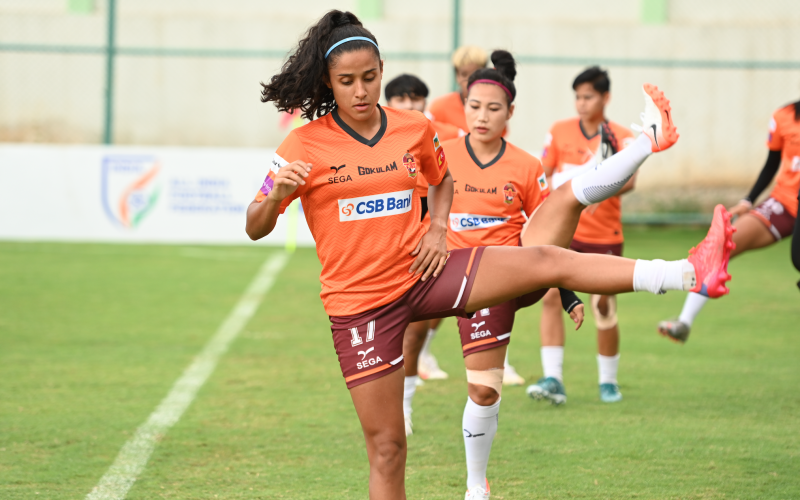 It’s time for a cracker of a clash between Kickstart FC and Gokulam Kerala FC in the Hero Indian Women’s League 2022. The two in-form sides face each other at the Capital Ground in Bhubaneswar on Saturday, May 14, 2022.

Ahead of the game, Kickstart FC Head Coach Amrutha spoke about her side’s preparations and the approach they will take. “Next match is against Gokulam kerala FC, the defending champions who are an experienced side,” she began.

“We need to focus more for better results. We also need these three points to continue our winning momentum. Accordingly, we are ready to perform against them,” she added, before confirming that she has a fully fit squad at her disposal.

Gokulam Kerala are on a seven-match winning streak and will be going up in a tough challenge against Kickstart. Head Coach Anthony Andrews passed his remarks on the opposition and how his side has prepared for the game. “Kickstart has a good team with experienced players. They have quality in the attacking unit with pace and creativity. We have to be focused throughout the 90 minutes and pick our chances early.”

“Our approach and intent will be to progress from our last game and minimize our mistakes and make better decisions in the final third,” he added in the end.

The match will be streamed live on Indian Football YouTube Channel at 3:30 PM (IST).