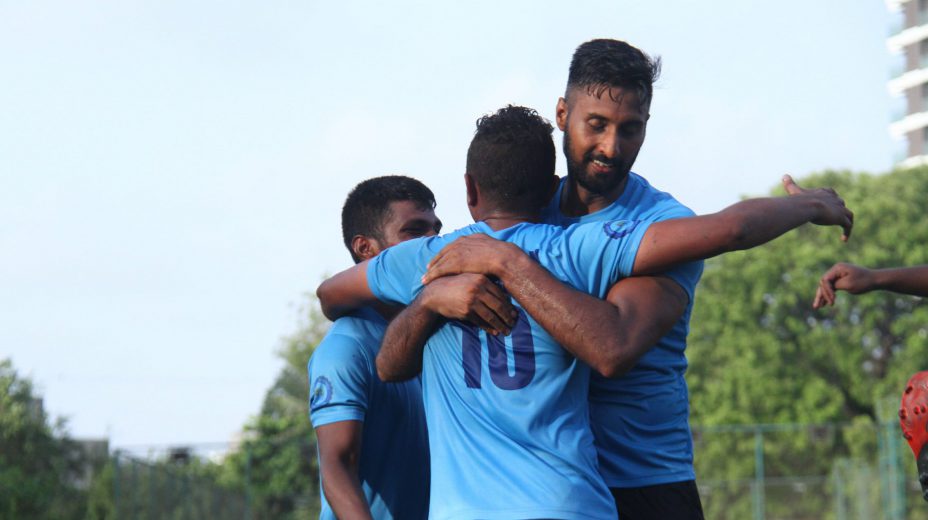 In an exciting afternoon encounter, Central Railways faced off against league leaders Income Tax team at Neville D’souza Football Turf, Bandra on Friday. Both sides came into the game on the back of defeats with IT suffering their first loss of the campaign with a 4-0 loss to CBI while Central Railways had lost to UBI in their respective previous encounter.

The game began with end-to-end football as both sides tried to test their opponent in the early minutes of the game. However, it was Income-tax who broke the deadlock when in the 14th minute of the game, IT’s Astle Pereira, from inside the railway box, latched on to a cross from the left before unleashing a powerful strike to beat the keeper to find the net..

With the lead secured, Income tax continued to press forward in search of the second. However, against the run of play, Central Railway came back when in the 19th minute Shahbaz Pathaan dribbled past two IT players to find an unmarked Sumesh Nair, whose final shot nestled into the net. The game continued to move from one end to another as neither side managed to take lead again till the halftime break.

In the second half, Income tax started out brightly moving the ball with fresh vigor. Two minutes into the half, Sandesh Gadkari delivered a terrific through ball that cut through the Railway defense to find Francisco Stalin. Stalin beat the offside trap to go unmarked before placing the ball past the keeper to make it 2-1 for Income tax.

Football fans in Kolkata will never fail you, says Sunil Chhetri
Abhimanyu Chopra: I’m grateful to my parents for where I am today