We are here, we are ready, and we will do it: Igor Stimac 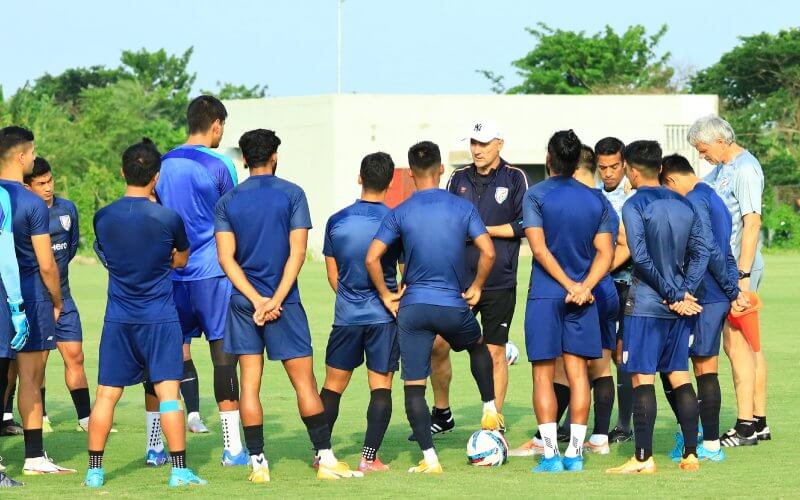 With exactly a week left for India to kick off their campaign in the AFC Asian Cup 2023 Qualifiers in Kolkata (beginning on June 8), Head Coach Igor Stimac spoke out his mind on playing in Kolkata, the toughest team to face, the injuries, the preparations, him dealing with the boys, and much more. At the same time, he stressed his confidence about qualifying for the AFC Asian Cup 2023. EXCERPTS:

We witnessed a spectacle in the stands the last time India played an international match in Kolkata. What are you expecting this time?

For the last couple of years we have only been playing away from home. That has been difficult for the team. There have been so many COVID measures, and it has been really difficult. Nobody was thinking about football at that time, and everyone survived some difficulties. Now that we are back to normalcy and can play matches at home again, it feels great.

What is special about Kolkata?

Kolkata is a football city. One can feel football, live football, breathe football. you get that extra push that is needed to get the players over the limit. I would like to call all the supporters to come back to the stadium and support us. I felt real passion when I last saw them in Kolkata, and it would be great to play with their support behind our back.

Which team do you think will be the toughest to face in Group D?

Afghanistan are the one that come first to mind. More so because physically, they are much stronger. They have so many players from foreign leagues that have well-organised football throughout the year. While these players are playing in quality leagues abroad, we are trying to build that same here, which will take time. That’s why I consider them as one of the major opponents.

What’s your assessment of Hong Kong?

Hong Kong have changed a rule that now allows them to naturalise foreigners. So, we will have to see how much better they are now. Foreign players can bring a lot of value to the team. We try to make sure that the players that we bring to the National Team understand the importance of quick decision-making on the pitch. But our boys are doing well, and I’m happy with the work they’ve done since we started camp in Bellary, and then continued the good work in Kolkata.

How confident are you prior to the three matches?

We are confident. We have three games to make sure that India qualify for the AFC Asian Cup 2023. That’s the sole objective. We are here, we are ready, and we will do it.

With a week left, how are the preparations going on?

It’s the final week and there are a few things we are working on — putting in the final touches. We are working on set-pieces and on certain aspects of our attack and defence. Obviously, there are different aspects to each of these. There are certain issues, especially with niggling injuries to some players, but we are dealing with them as best we can.

What’s the update on injuries in the camp?

Liston (Colaco) had joined us with an injury after the AFC Cup — so that’s an area where we are looking into. He has done well with ATK Mohun Bagan, and he’s a player who can provide real quality in one-on-one situations, and also can pass well, and score. However, Ritwik Das was diagnosed with chickenpox recently, so we have brought in Deepak Tangri as his replacement. Deepak can play both positions in midfield, and as a central defender where we actually prefer him.

Anyone whom you are missing?

We miss some others like Rahul KP, Apuia, Vikram, and Rahim Ali. I mention Rahim all the time for a specific reason. Maybe he will be the one to replace Sunil Chhetri. That’s why we need to think of managing these players and treating them well.

What kind of mindset will the team be approaching these three matches with?

Is there any pressure on the players?

There is absolutely no pressure on them when it comes to the results. Nobody will ask them questions if we fail. The questions will come to me. The pressure on them is to follow the plan that we have set out for them. There is a Head Coach who has a plan and tells them what to do.

What are you telling them?

It’s very important to think about what to tell them, and where to push them beyond. You cannot always push the players beyond the limit — you need to pick and choose the moments when you need to do that. What I request of them always is to stay disciplined and follow what we are working on. Of course, they can make mistakes, and things can be a bit here and there in the 90 minutes. But that’s football — you make mistakes. But the most important thing is not to repeat them.