Abhimanyu Chopra: I’m grateful to my parents for where I am today 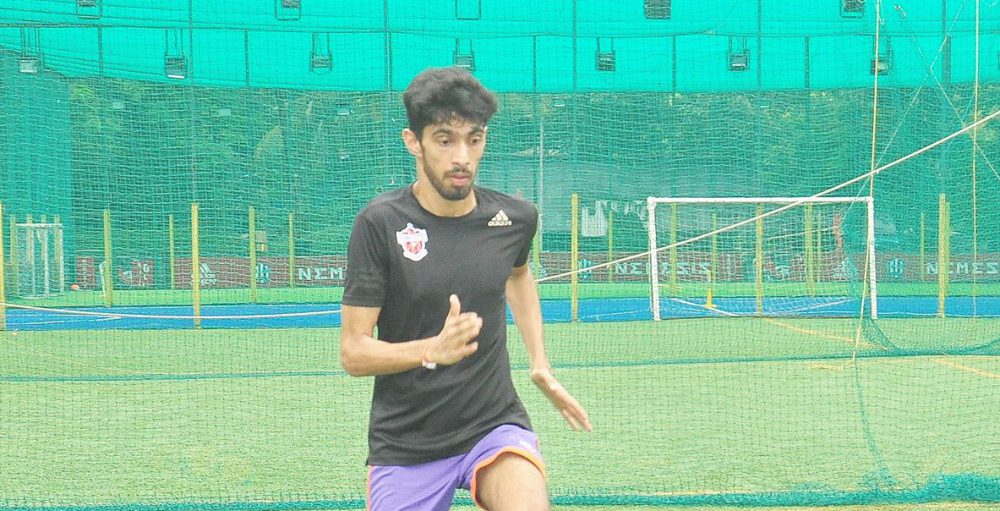 Having spent the majority of his youth and teenage years playing football in Mumbai, Abhimanyu Chopra who hit a break on his football career for studies is now setting up his sights back on the game.

Having grown up in an affluent business family, Abhimanyu Chopra doesn’t shy away from his background and is well aware of how lucky he is to get the chance to play and pursue the game. “Talking about my childhood, I was lucky enough to grow up in a supportive family which helped me get involved in football and make it my profession. I started playing football at the age of 12 and my love for football only grew.”

Crediting his parents for their continuous support in the game, Abhimanyu states, “My parents have been my source of inspiration throughout my journey. They are the reason behind my success.”

A versatile defender, who can play in any position at the back, Abhimanyu spent the majority of his teenage years playing in the local leagues of Mumbai. His first foray into the game came with his batch mates on the school ground. It is then he decided to join Aristocrats FC – a team made by a bunch of friends to play in the MFA 3rd Division. Thereafter Abhimanyu moved to Barcode FC and later moved to PIFA Colaba and Mumbai FC in the following years.

His rise in the Mumbai Club circuit also included a stint in Portugal where he played for four months at Castello Forte football club playing in AF Lisboa 2° Divisão – the sixth tier of Portuguese football. Speaking about his experience, Chopra shared “It was an amazing experience. The difference was in the quality of training, the environment, and the dedication to playing the high-quality game with good strategy and skill. The player’s attitude towards the game was also quite different. The hard work and consistency requirement was significantly higher there”

By 2019, Abhimanyu had managed to come back and look for opportunities on Indian shores to join the FC Pune City setup. However, the Hero Indian Super League club would then go defunct the same year hurting a lot of football fans and players. The setback pushed Abhimanyu to rethink his options. With the global Pandemic affecting football across the globe, Abhimanyu decided to pursue his higher education.

However, his first love would continue to be football and it wasn’t long before he decided to get back to football. Abhimanyu, who idolizes Indian football Legend I M Vijayan has started preparing to get back into the game. “My target is always to be the best on the field. I started my training 3-to 4 months before the season to bring my physique and strength to the top level. With the season starting soon, I am working on my technicalities and also training to develop a tactical aspect of my game.”

At the peak of his age, Abhimanyu wants to be part of the best in the game, “I am looking forward to signing a club soon. I am currently in talks with a few ISL and I-League clubs.” says Abhimanyu before signing off.