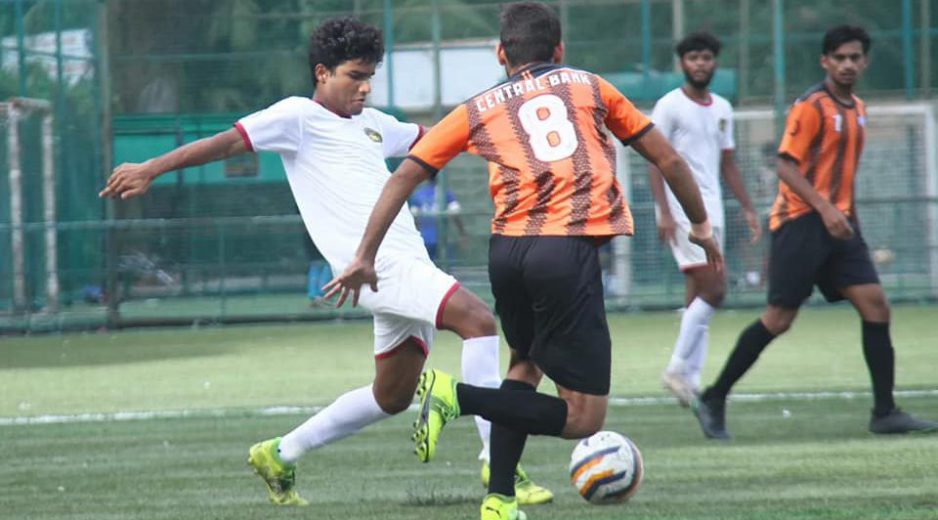 In the Friday afternoon’s MFA Elite Corporate League encounter, Central Bank of India lose a two-goal lead to settle for a point in the end against a spirited Reserve Bank of India outfit.

The game began with CBI dominating the early proceedings of the first half. It didn’t take them long to break the deadlock when in the 10th minute of the game, a lobbed cross over the RBI defense from the right wing was expertly chested down by CBI’s Kamran Ansari before the striker struck a venomous shot to the second post to make it 1-0.

CBI continued to control the game and in the 41st minute of a quick 1-2 between Mushtafa Shaikh and Kamran Ansari ended with the former finishing off with solid strike from the centre of the box to double the CBI lead.

The second goal woke up the RBI team as they immediately responded with a goal of their own. Troy Nunes low cross from the right flank found an unmarked Akshay Chavan who tapped the ball in to make it 2-1 as both sides entered the break with CBI holding just a goal lead.

In the second half, both sides went back and forth in search of goal with RBI looking for equalizer while CBI looked for another goal. As the game entered the final stage RBI increased their intensity and where soon rewarded with the Equalizer in the 78th minute when Troy Nunes beat the offside trap to latch onto a ball from centre before producing a clinical finish to make it 2-2. The game ended at 2-2 on the final whistle with both sides taking a point each.