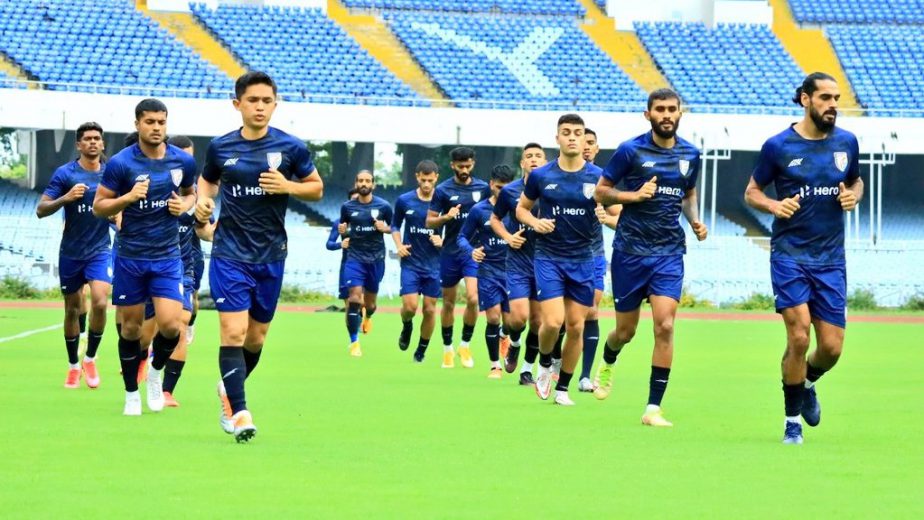 Team India hosts Cambodia, Afghanistan, and Hong Kong in a bid to qualify for the AFC Asian Cup 2023. Here are the previews, odds, and predictions of India’s matches in Group D.

For Cambodia, their key player will be their versatile striker Keo Sokpheng. The Visakha FC forward is the joint third-highest scorer for Cambodia with 12 goals. He will be a handful for the Indian defense to deal with.

In defense, Soeuy Visal will be the one who can give the Indian forward a headache. The 26-year-old Cambodian captain is one of the regulars with 62 caps and 4 goals.

The Afghanistan national football team will take on hosts India in the second match of Group D of the AFC Asian Cup 2023 Qualifier. It will be a tough contest as the last meeting between the two ended in a stalemate.

Afghanistan will be the toughest opponent for India as they look to stand between India and their first-ever successive  Asian Cup qualification. The Indian team, however, will be no pushovers, and they will be determined to make it to the Asian Cup with a win over the Lions of Khorasan.

Ovays Azizi, Sharif Mukhammad, and Faysal Shayesteh will be the key players for Afghanistan in this fixture. Ovays will be crucial in between the bars as he will be tasked to negate the Indian attackers.

Sharif is a familiar name for Indian fans. The Gokulam Kerala captain is a 6ft tall defender and has expertise in scoring goals. He will have to command the backline to stop the likes of Sunil Chhetri and Liston Colaco.

In the middle, Faysal will be looking forward to being the creator and orchestrator. The 30-year-old is the player with the second-highest appearances for his nation with 50 appearances to his name.

The Blue Tigers will face Hong Kong in the final group match of the AFC Asian Cup Qualifiers in Kolkata on 14 June 2022.

Prior to this, Hong Kong has met India 15 times as they have won four, drawn four, and lost seven games. Their squad consists mainly of players from the Hong Kong League but also includes some Brazilian-born players.

Yapp Hung Fai is the most consistent name on the Hong Kong national team. The 32-year-old goalkeeper holds the record for being the most capped player for his country with 79 caps.

Another crucial player for Hong Kong can be Alex Akande. He is the highest goalscorer in the current Hong Kong national squad. The Nigerian-born striker has 10 goals in 27 appearances for the national team and can prove to be a menace for the likes of Sandesh Jhingan and Co.

India vs Cambodia: With odds of 1.36 compared to Cambodia’s 3.25, India is a clear favorite in this fixture. India is ranked 106th in the world, while Cambodia is 171st. India would like to start their campaign with a win.

India vs Afghanistan: It will be a tough test for the Blue Tigers with odds of 2.62 compared to Afghanistan’s 2.88. India is ranked 106th in the world, while Afghanistan is at 150th. It should be a close match and Team India will have to give their everything to win.

India vs Hong Kong: Team India is again the favorite here with an odds of 1.36 compared to Hong Kong’s 3.25. India’s ranking is 106, while Hong Kong is ranked 147. India should win this match comfortably.

As the rankings would suggest, we predict that India can win all three matches and qualify for the AFC Asian Cup 2023.

If you want a daily dose of a soccer news tip, then feel free to subscribe to Soccer Reports for analyses, predictions, and news inside and outside of India.

India will certainly ensure their place in the Asian Cup with three wins in the qualifiers. A loss in any match will make it difficult for the Blue Tigers to qualify, so there will be pressure on them to perform. However, with the talent and experience that Team India has, they should be able to complete the task and seal their place in the AFC Asian Cup in 2023.

So there you have it. Our predictions for AFC Asian Cup 2023 are matches between India, Hong Kong, Afghanistan, and Cambodia. Whom do you think will come out on top?

Only time will tell, but one thing is for sure – this is going to be an exciting campaign!