5 players to watch out in India vs Afghanistan clash 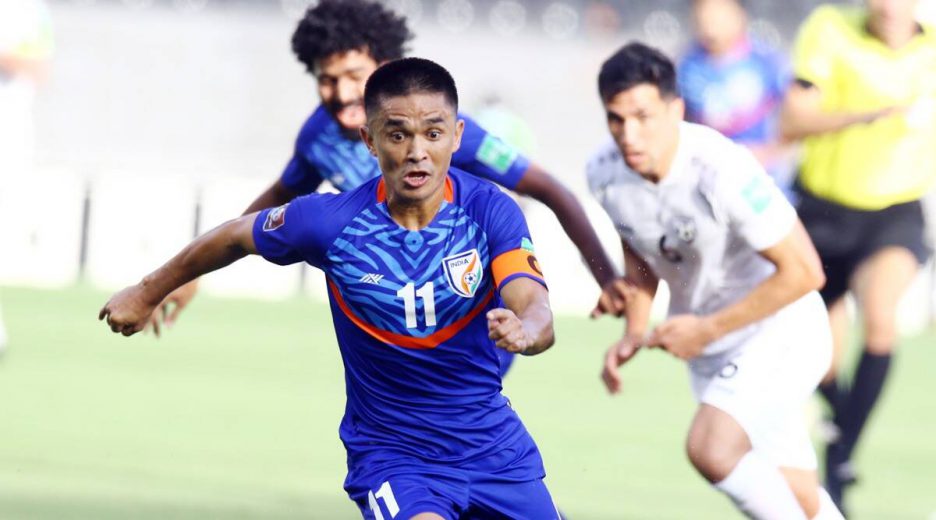 India (ranked 106th) will face Afghanistan (ranked 150th) in their second Group-D fixture of the AFC Asian Cup 2023 Qualifiers. The sides have met 15 times in the past, out of which India won nine times. Afghanistan won once and nine matches ended in a draw.

When both the sides last met, the match ended in a 1-1 draw. This time, Afghanistan’s Head Coach, Anoush Dastgir, claimed the forthcoming fixture to be a big challenge for India.

“For the first time, I have 20 fit players. India got lucky in the previous two outings. We didn’t have a fit squad. This time, I have picked the strongest lot. This is the best team I have had in the last four years, and we are ready to put great pressure on India,” said Dastgir, during the pre-match conference.

The Indian side has revamped their squad as well. The inclusion of Roshan, Akash, Liston, and other youngsters has breathed fresh air.

Here are five key players who will impact tonight’s game:

The 38-year-old talisman played a crucial role in India’s first outing against Cambodia. He scored a brace which helped team India win. Chhetri, as always, will be the man in focus when India takes on Afghanistan tonight. He also reached 82 international goals after the last match, which is two short of Hungarian superstar and the sport’s all-time legend Ferenc Puskás.

The 27-year-old Afghanistani midfielder comes with an experience of 12 years in international football. Having dual citizenship with Afghanistan and Netherlands, Noor represented the age-group teams of the Netherlands during his initial days. He played for Dutch top-tier side PSV and scored three goals for them. In their first outing, Noor scored the only goal against Hong Kong. Farshad currently plays for Bahrain SC in the Bahraini Second Division League. He is also the captain of the Afghanistan team. It will be interesting to see how he fares today.

The 23-year-old forward is on the brink of a positive transition. The youngster had a promising 2021-22 season with ATK Mohun Bagan clocking 1700+ minutes and scoring 8 goals for the team. Liston debuted for the national side last year and has fared well for the Blue Tigers. In their previous game, Liston was seen dabbling with the Cambodian defense and helped team India earn an early penalty resulting in a goal.

The 24-year-old Afghani winger will leave no stones unturned to make amends. Omran comes with dual citizenship from Netherlands and Afghanistan. His early career was spent in the Netherlands and later he went to play in Poland. It will be interesting to see Omran’s role in tonight’s game.

The Goan midfielder is a vital cog in India’s wheel. Brandon is always a key player to watch with his ability to play defense splitting passes. He attempted a few shots at goal in the previous game and assisted the second goal to Sunil.

The match will kick off at 20:30 IST at the VYBK Stadium, Kolkata. The game will be streamed live on Star Sports Network.