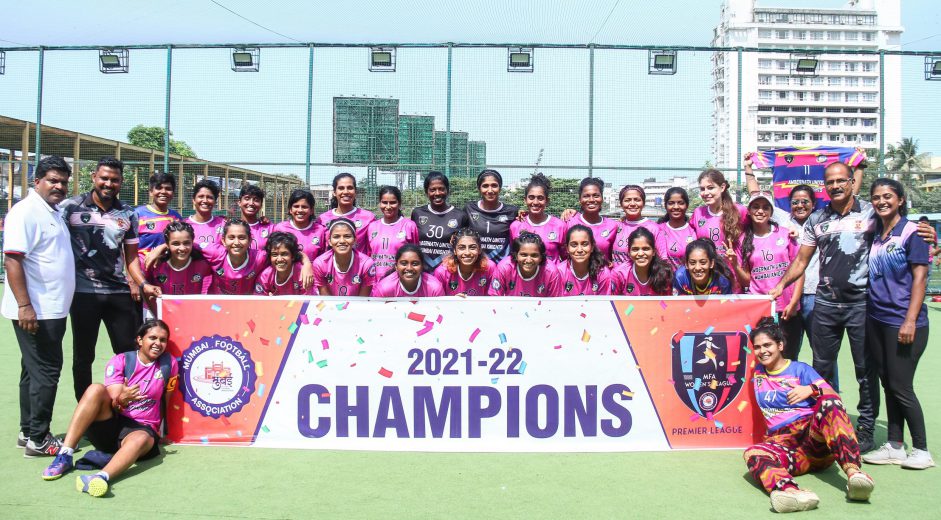 Facing Bodyline SC in their final league game, Mumbai Knights had a slow start to the game testing bodyline defense but failing to breach it. It wasn’t until late in the first-half injury time when Mumbai Knights finally managed to break the deadlock courtesy of a Velanie Fernandes strike.

One goal brought two as the very next minute, the Knights doubled their lead after Mmehak beat her marker on the right flank to find skipper Valencia D’mello in space who made no mistake with her placement to double the lead.

In the second half, Mumbai Knights came off the blocks quickly to put Bodyline under immense pressure early on. In the 42nd minute, Valencia tripled the lead for her side with a clinical finish to beat the keeper. In the 50th minute, a free-kick from distance found an unmarked Vellanie whose shot beat the keeper to make it 4-0.

Two minutes later, Skipper Valencia completed her hat-trick with another sublime finish as Mumbai Knights took a 5-0 lead. It was Valencia’s 2nd Hat-trick of the tournament.

In the 54th minute, Mayuri Morey who came in as a substitute, went on to score the sixth goal of the game after receiving a pass from the right flank. Two minutes later, Neha Ture added her name to the scorer lists with a clean finish after a corner routine. Minutes before end of the play, Mmehak Lobo finished off the move with a thunderous shot to make it 8-0 in favor of the Mumbai Knights