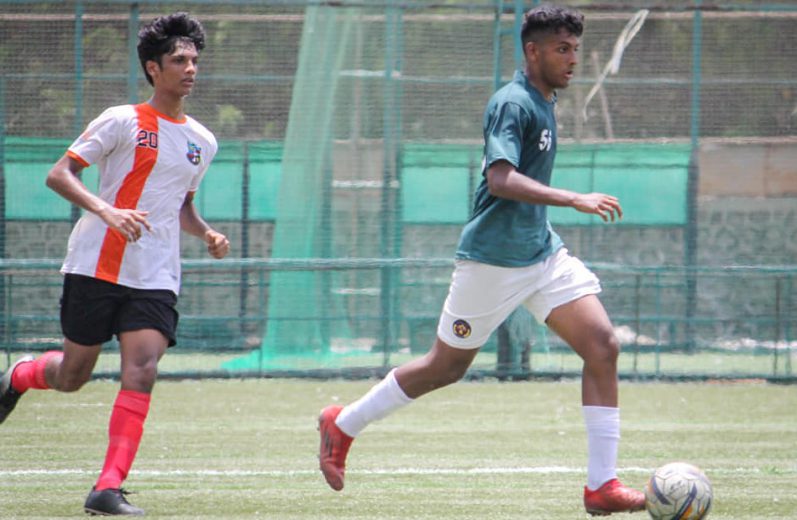 Kenkre FC registered a comprehensive 8-2 win over Companeros SC on Sunday, 22 May 2022.

Kenkre FC started the game on the front foot and scored the first goal of the game in just 11 minutes. Aimar Adam broke the deadlock to give Kenkre the early lead.

Four minutes later he scored another goal to double his team’s lead. Companeros pulled one back immediately as Austin’s strike found the back of the net.

Kenkre continued their press, putting Companeroes backline under immense pressure, and were soon rewarded when Mark Jeremy struck the 3rd goal for his side in the18th minute. Six minutes later Yogesh Kadam joined the scoresheet with a sublime strike and Kenkre ran away to a 4 -1 lead.

Near the end of the first half, Mark netted his second of the day as Kenkre went into the break with a 5-1 lead.

On the restart, Companeros started out positively as they pulled one back in the 52nd minute via Pranit’s strike.

However, any hopes of recovery were dashed as Yogesh Kadam’s double strike in the span of 6 minutes put Kenkre 7-2 ahead. He scored his second goal of the game in the 53rd minute and completed his hat-trick a minute before the hour mark.

Halfway through the second half, Joshua brought down a Companeros player inside the Kenkre box. Austin missed the opportunity to capitalize from the spot.

In the 83rd minute, Yogesh slotted his fourth goal of the day and the eighth goal for Kenkre to put the game to bed as the match ended 8-2.