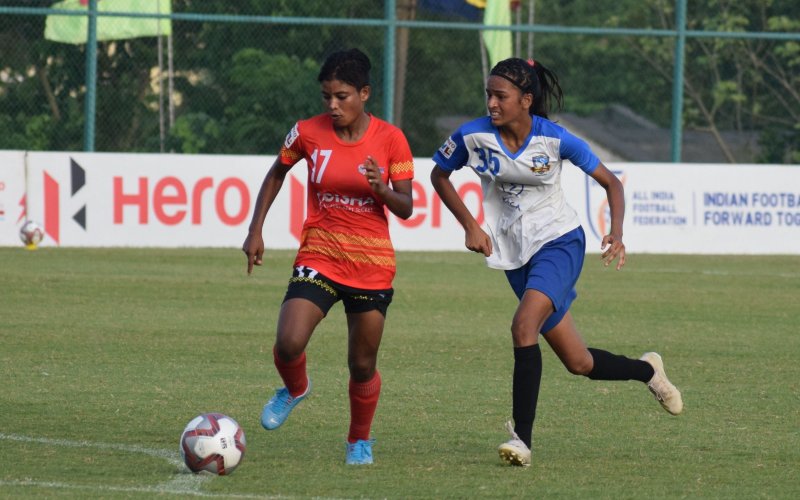 Sports Odisha completed a comprehensive victory over Hans Women FC at the 7th Battalion Ground, in Bhubaneswar, to climb to fifth on the Hero IWL table on Wednesday, May 18, 2022.

The scoring was opened due to an unfortunate own goal as Anita turned a rebound into her own net, as Sports Odisha took the early lead.

Thereafter, the hosts kept on creating chances with waves of attack as the Hans defence continued to come under pressure. Finally, Subhadra Sahoo nodded in a cross from Satyabati Khadia, to double the lead in the 39th minute.

Going into the lemon break, things remained the same as Sports Odisha entered the break with a comfortable lead.

After the breather, Sports Odisha seemed far better as they found the net at the edge of the hour mark. Supriya Rountray smashes it in from a tight angle on the 53rd minute to score the third of the day.

The flood gates opened up after the hour mark as Sports Odisha scored two consecutive goals to make it 5-0. Pyari Xaxa finished off a low cross from close range after Subhadra Sahoo rounded it past the keeper in the 67th minute. A minute later, Supriya Routray smashed it home from inside the box.

Supriya found the net once again in the 82nd minute to make it half a dozen for Sports Odisha, and a hat-trick for herself, an effort that earned her the Hero of the Match award.