PIFA emerge winners by a narrow win over Odisha Police 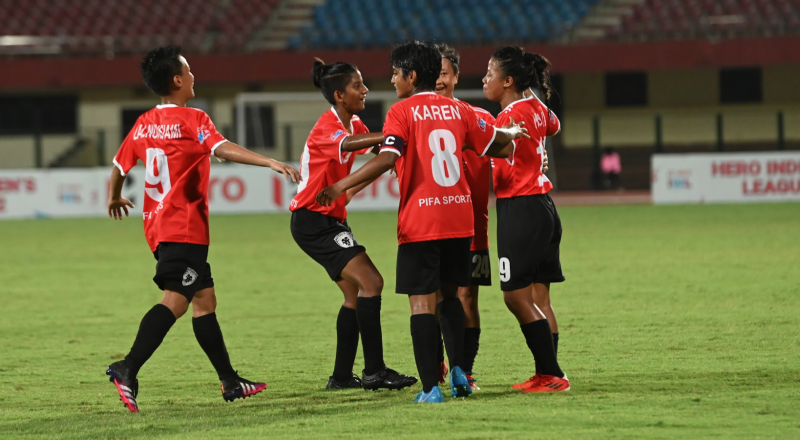 PIFA Sports FC secured a narrow 1-0 win over Odisha Police in the Indian Women’s League fixture at the Kalinga Stadium on Wednesday. The solitary goal was scored by Nisilia Majaw (63’) that handed her team all three points in a closely-fought contest.

It was tough for either team to find any sort of rhythm from the kickoff. Both outfits were cancelling each other out for the majority of the first few minutes. The first half saw PIFA take five shots whereas Odisha Police took only two shots. However, neither team was able to break the deadlock.

The start of the second half saw more of the same with both teams lacking the cutting edge in the attacking third. To change the complexion of the game, forward Trupti Deep was sent on for Iawanlang Nongbet as the first substitution of the match. Three minutes after the hour mark, Nisilia (63’) finally broke the deadlock to score the first goal of the match. She took matters into her own hands and scored with a sensational dipping shot past the goalkeeper in the top right corner.

Odisha Police had their moments while searching for an equaliser but there were hardly any clear scoring chances created by the team. Six minutes were added for stoppages but despite a late charge by the local team, they were not able to find the equaliser.

Odisha Police will play its next Indian Women’s League fixture against SSB Women Football Club at the Capital Ground on Saturday at 8:30 AM IST while PIFA Sports FC faces the Indian Arrows on the same day at the same venue at 3:30 PM IST.