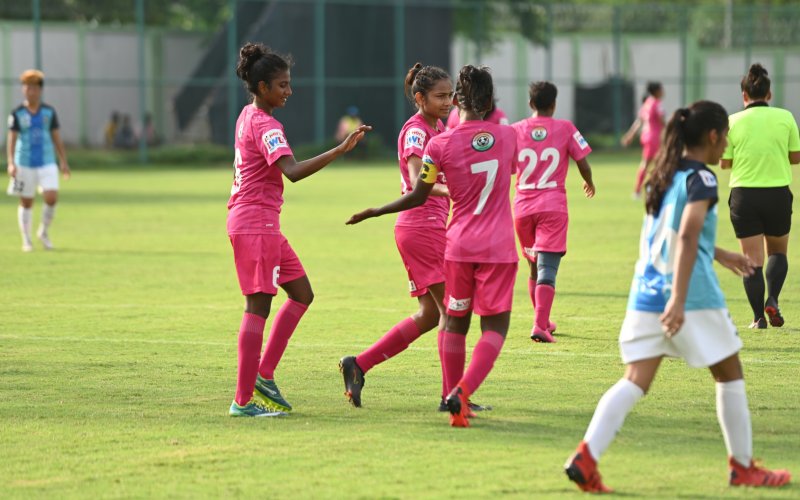 Hans Women’s disappointment run continues in the Hero Indian Women’s League after they suffer another 0-5 loss against former champions Sethu FC yesterday. A brace from Devneta, and a solitary goal from Sandhiya, Lavanya and Vanlalmawii ensured the Tamil Nadu side earn all three points from the game.

Sethu had a quick start to the game with Devneta finding the net as soon as in the 2nd minute when she curled home the ball from Sandhiya’s cross. Within the 16th minute, she doubled the lead for her side making it a brace for herself again scoring from the same spot through Sandhiya’s cross.

Thereafter it turned out to be a one-sided affair as Sethu FC continued to dominate Hans in every department. In the 38th minute, Sandhiya found the net through her shot inside the box from the left flank to keep it 0-3 going into the break.

After the breather, the demolition continued. As Sethu continued to maintain the waves of attack. In the 72nd minute, Lavanya struck the net to increase the lead. And finally, Vanlalmawii scored the winner in the 88 minutes to ensure a 0-5 victory for Sethu.

After this win, Sethu cemented the second spot after Gokulam with 31 points from 10 matches.