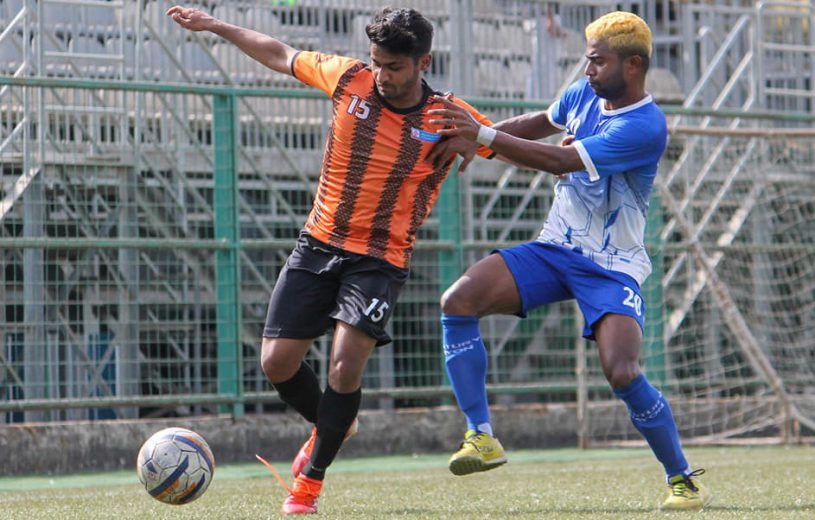 In the MFA Corporate League, on 21 May 2022, Venkatesh’s brace helped Century Rayon beat Central Bank 3–1. The game between HDFC and Bank of Baroda ended in a draw on 22 May.

On 21 May 2022, Century Rayon took on Central Bank. In the opening moments of the match, the defense of both the teams did their job as they did not concede.

The deadlock got eventually broken by Venkatesh Tolimarla when he scored for Century Rayon in the 23rd minute. A minute later he scored another one to give his side a 2-0 lead.

At halftime, Century Rayon were leading by 2-0 courtesy of Venkatesh’s quick-fire brace.

The Samson Francis-coached side continued their attacking dominance in the 2nd half as well. In the 52nd minute, Yash Gaikar registered his name on the scoresheet and gave his side a 3-0 lead. Yash got the better of Central Bank’s defense and beat the goalkeeper in a 1v1 situation before placing the ball in.

Two minutes later, Central Bank pulled one back when Numan’s cross into the box found an unmarked Rahul Maji who collected the ball well before striking it past the keeper. With the score of 3-1 now, Central Bank put men forward in search of a further goal but Century Rayon’s defense held on. The game eventually tapered to a 3-1 end as Century Rayon held on to their 2-goal lead.

On Sunday, 22 May 2022, HDFC faced Bank of Baroda in an MFA Corporate League fixture.

HDFC started the game well and started putting pressure on Bank of Baroda from the very first minute. The pressure finally paid off when Pragnesh Solanki gave them the lead in the 26th minute. Prashant Rane put a cross in from right & found Pragnesh inside the box who found the back of the net to make it 1-0 in his side’s favor.

Moments before halftime, defender Kartik Mundhada brought parity back in the game as he scored for Bank of Baroda.

At halftime, both teams entered the tunnel with a 1-1 scoreline.

In the second half, both teams created a few chances of their own but failed to convert them as they had to settle for a draw on a hot afternoon game at Cooperage.