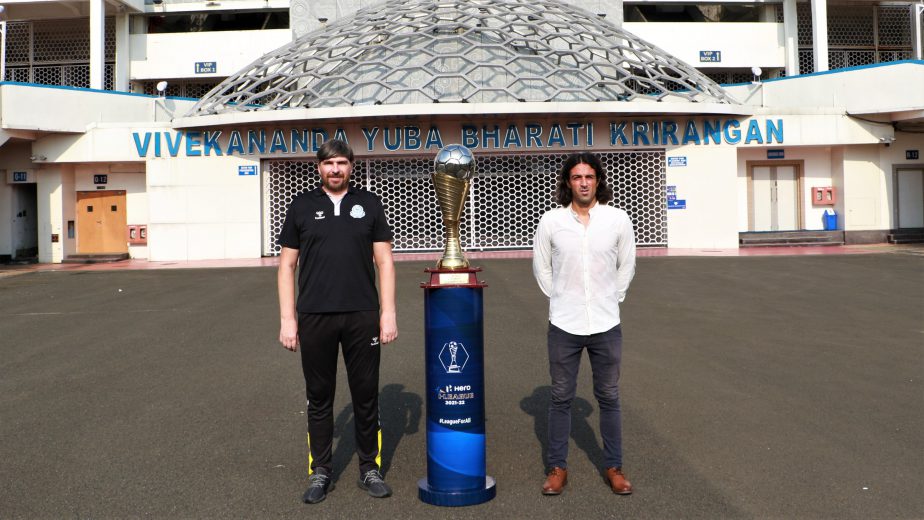 The date of May 14, 2022, is guaranteed to be a historic day in Indian football. Mohammedan SC, searching for their maiden Hero I-League title, are up against Gokulam Kerala FC, who are aiming to become the first team in the Hero I-League era to defend their crown. This virtual final of the 2021-22 season will take place at the majestic Vivekananda Yuba Bharati Krirangan in Kolkata at 7 PM.

Gokulam Kerala had a golden chance to wrap up the title on Tuesday, needing just a draw against Sreenidi Deccan but the Malabarians suffered their first loss of the season, going down 1-3. “We lost our focus in the last match. We tried to come back stronger in the second half but it wasn’t possible,” said head coach Vincenzo Alberto Annese.

Before that, Mohammedan maintained the pressure on Gokulam with a 2-0 win over Rajasthan United, which cut the gap to three points. The Black and White Brigade would clinch the title on the head-to-head tiebreaker if they win on Saturday, while a draw will be enough for the Malabarians.

Mohammedan coach Andrey Chernyshov always believed, even though Gokulam were a long way ahead with matches running out. “I told my players that this is football. Anybody can win or lose in a minute. We kept playing well and had good results. Now we have the chance to win the title and our fans in the city are excited about it.”

Gokulam Kerala will not only be up against a resurgent Mohammedan side, but also against the home crowd. Coach Annese knows that going for a draw is not an option. “We’ve scored 42 goals so far. We play an attacking style and always go for the win. If we play to defend, with so many Mohammedan fans against us, we’ll only invite pressure. We need to play for the win to kill their hopes,” said the Italian.

Mohammedan coach Chernyshov is hoping to make the most of the Black and White Brigade support. “Of course it will be an advantage for us to have a big crowd behind us tomorrow. It’s not an easy situation for Gokulam.”

“We’ve been waiting for this match since July last year. It’s going to be a big game and I hope the fans will enjoy good football tomorrow,” Chernyshov concluded.

Also Read: Indian Arrows look to get back to winning ways against Mata Rukmani FC