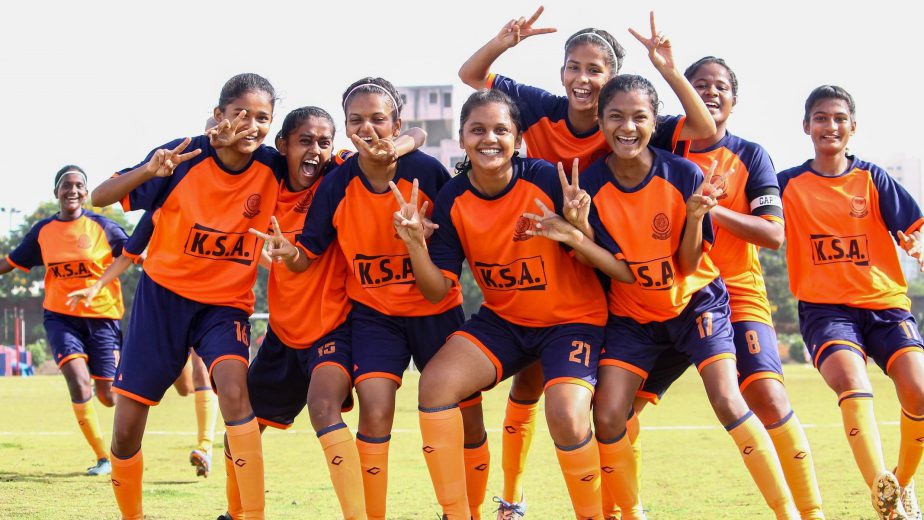 Kolhapur clinched a formidable victory in the Western India Football Association’s U-17 Inter-District Girls competition on Wednesday, 18th May 2022 in Nashik.

Kolhapur is known for its footballing heritage. The district is home to famous footballers like Aniket Jadhav, Sukhdev Patil, Nikhil Prabhu and many others. The recent win will further bolster footballing activities in the region and motivate young female footballers to take up the game.

Team FootballCounter went up and close with the Head Coach of the U-17 women’s state team – Amit Salokhe, to understand his take on the win, preparations before the tournament, his thoughts on women’s football and his plans ahead.

I am glad that I got an opportunity to train them. The experience was excellent, and I had many learnings throughout the league. These girls are future superstars. Getting to guide them was a blessing, and I am thankful.

Initiating sessions and setting a goal

The initial days were about building the bond between the girls. Pandemic halted proceedings, and getting back to the groove took us some time. As soon as we received information from Kolhapur Football Association, we conducted trials and selected the girls. The focus was on improving skills, stamina, and combination. We also put our efforts into customising sessions to meet our needs.

Best performers and their attributes

As a team, I feel we were a robust unit. Football is a team game, and individual efforts can hardly win you games. Our team combined well, kept the dressing room motivated, and pushed each other. I want to highlight Soumya, Nida, Aarti, Dhanashree, Sharvari and Saniya for showcasing exemplary performance and leadership attributes.

I feel this team has the potential to achieve many laurels. This win is not the end but the beginning for us. We will continue to practise together as a unit and keep a keen eye on the upcoming tournaments.

I feel WIFA and AIFF are doing a decent job for women’s football. However, to leap, we need more attention at the grassroots level and introduce competitions such as the Baby League. We also need to standardise age-category tournaments for U-13, U-15 and U-18 girls and get more participants. Adding to it, I feel one crucial step that all ISL teams must take is to create a women’s team.