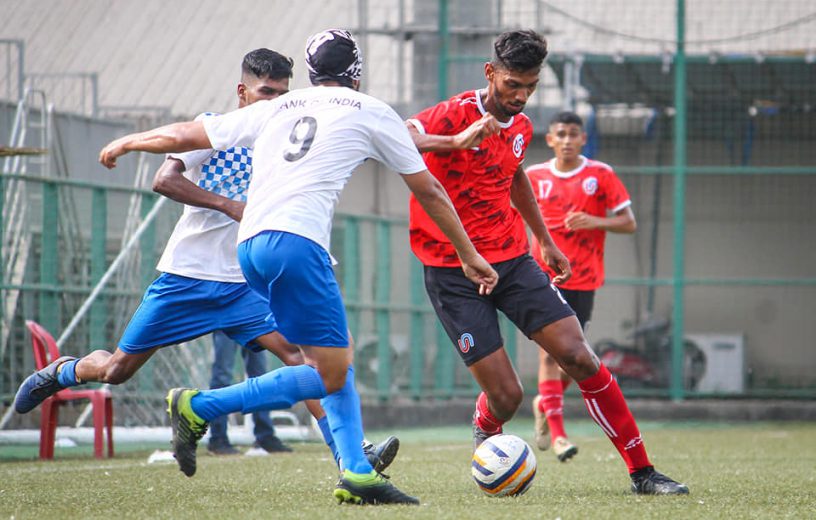 Bank of India were left to rue their missed chances as a second-half strike from Athang and Joy allowed UBI to pick the full three points.

Bank of India started out brightly in the early parts of the game and twice came close to breaking the deadlock in the first half. Lavesh Patil first tried his luck from distance but his goal-bound shot was deflected away by UBI Goalie Ganesh Goyal.

On the second occasion, it was a mistake from the UBI defender that opened a chance for BOI when an attempted header back to the goalkeeper was cut in by BOI Striker Lavesh Patil, who however failed to take advantage of the chance as he missed to find the net. Both sides entered the break with a score still 0 – 0.

In the second half, UBI started getting into the grove with some good moves. In the 67th minute, Athang Kanekar broke the deadlock when his long range attempt found the back of the net. In the 76th minute, Bank of India’s Alvito missed an open chance in front of the goal as UBI continued with the lead.

As the game tapered to the end, Joy Banerjee got on the end of a free-kick from the left to put the game to bed. Union Bank of India finished the match 2-0 picking all three points.