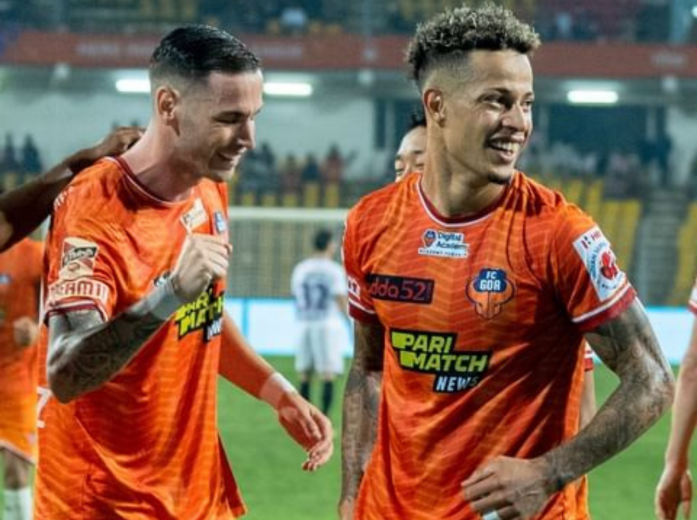 Goa, December 11, 2022: Alvaro Vazquez had to wait long enough to open his account for FC Goa, but not anymore – with Noah Sadaoui setting him up for the Gaurs’ third goal during the win over Odisha FC on Saturday.

The Moroccan international could have attempted a shot to add to his own tally of five strikes this season, but instead chose to lay the ball off for the Spaniard.

“Alvaro (Vazquez) is happy that he scored, and we’re also very happy for him. Just like the fans, all of us have been waiting for this moment as well. And what if he did not score before – he had always been doing well and getting the job done for us,” Sadaoui said to fcgoa.in after the match.

“He works really hard, and will score more goals. We all are putting in the best of our efforts for a common goal, the success of our team.”

Noah Sadaoui played a crucial role in FC Goa’s win over the Juggernauts, registering a goal and an assist for Brison Fernandes in addition to the one for Vazquez. His efforts earned him his second ‘Hero of the Match’ award for the ongoing Indian Super League (ISL) 2022-23 season.

“I’m very happy to have helped the team – but more importantly, we worked together and got all three points, and that’s what it’s all about. We want to play more games like this,” the 29-year-old replied when asked about his thoughts on the performance.

“We had lost the last couple of matches and that was a difficult time for us. We also didn’t have a great first half, quite possibly because our confidence wasn’t great at that point in time. But credits to all of us together, because we kept believing, working hard and following the instructions of the coach.”

Sadaoui also opened up on the team talk in the dressing room at half-time, shedding light on how it played a role as well in the victory.

“Coach Carlos (Pena) told us just to keep believing in ourselves. Not always can teams score early, and we were also defending well in my opinion. He also assured us that we’ll get many more opportunities in the second half, which actually happened and we were able to take advantage of those,” he explained.

The victory helped the Gaurs climb back to fifth place on the points table with 15 to their name, thanks to their third home win of the season in four games.