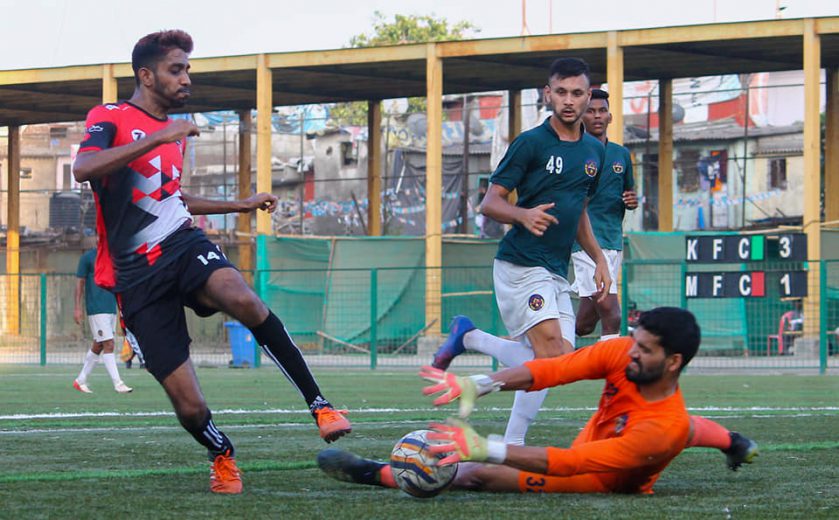 We take a look at the games from last week, where Century Rayon held Air India to a draw followed by a close win against Western Railway, Sellebrity producing injury time goals to hold Salsette FC. The Saturday game witnessed Kenkre FC edging past Millat FC in a high scoring thriller

The Wednesday encounter between Century Rayon and Air India ended in a 1-1 draw. Air India took the lead in the first half when Century Rayon Goalie failed to collect a regulation corner and spilled the ball in the box which was quickly slotted home by Sandesh Malpote. At the other end, early in the second half, across from the right flank found an unmarked Yash Gaikar on the left of the goalkeeper as he lofted the ball over the keeper to make it 1-1.

In another game, India Rush beat Bombay Gymkhana 2-1 courtesy of goals from Abhishek Chakraborty and Kartick Oraon on either side of the half. Meanwhile, Millat FC overcame a goal deficit to beat KSA 2-1. 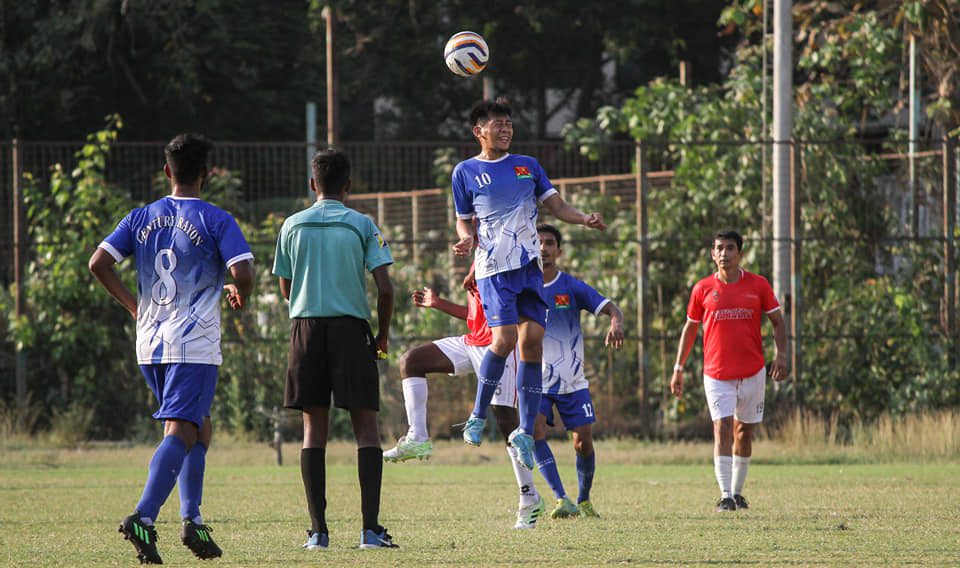 Sellebrity produced an exceptional performance to hold Salsette FC to a 3-3 draw. Salsette FC took the lead at the half-hour mark which was equalized ten minutes later by Amol Jadhav as both teams entered the break. The second half began with Salsette going all guns blazing as Ashok Oraw and Kunal Jadhav’s strike sent Salsette 3-1 up. It looked all over for Sellebrity FC, until deep in the injury time when Kaustubh R pulled one back. With a couple of added minutes still left, Sellebrity turned up the heat and in the dying minutes, Amol Jadhav scored the equalizer to level things up.

In another game, Oranje FC – ICL P rode on Vicky Rajput and Gyanendra Singh’s brace to hammer half a dozen goals past Sea View FSI. Yatin and Amrender chipped in with one goal each.

While Mumbai Strikers and DK Pharma played out a goalless draw, Bombay Muslims edged past Companeroes in a five goal thriller. Arbaz Khan gave the Muslims the lead before Tomas Gomes doubled it in the very first minute after the break. Austin D’souza pulled one back around the hour mark but Tomas Gomes’s 77th-minute striker restored their 2-goal lead. Aditya More reduced the deficit again a few minutes later for Companeroes. In the final ten minutes, despite some late attacks, Bombay Muslims held on to their lead to end the game with all three points.

In the Saturday afternoon encounter, Kenkre FC played out a close win against Millat FC. Rinaldo Fernandes’s hat-trick had put Kenkre in front, however, a goal from Asad Sayad and a brace from Merick Fernandes did showcase some fightback from Millat but Yogesh Kadam’s strike had by then taken the game home for Kenkre.

The Sunday encounter saw Bombay Gymkhana getting a walkover while Iron Born FC ran on second-half blitz to beat Salsette FC. Meanwhile, Century Rayon managed to keep hold of their lead to beat Western Railway 2-1 in a close game.