I like the culture of India and I know football is in their blood, says RUFC head coach Bonet 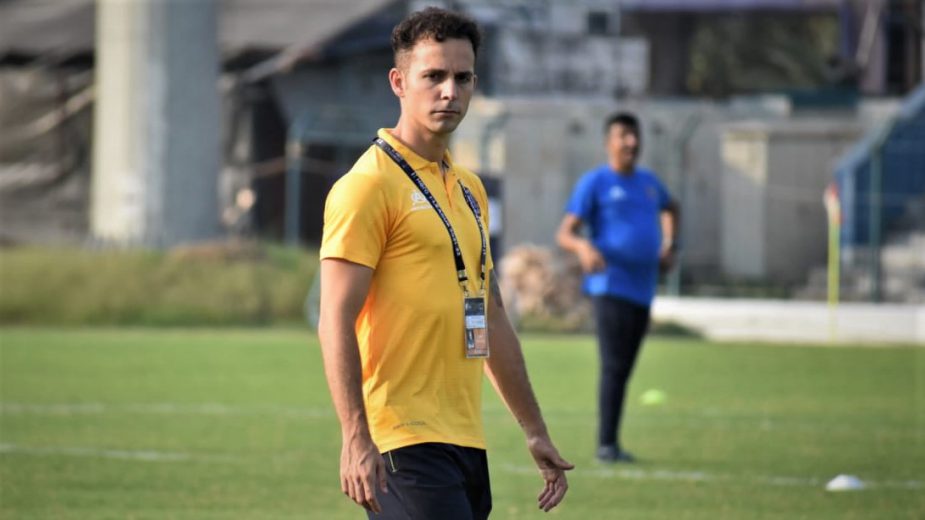 We are approaching Gameweek 12 of the Hero I-League 2021/22 season and the race for the top 7 is heating up. However, in between this tightly contested race, Rajasthan United FC has emerged as the surprise contenders, giving their rivals a run for their money whenever anybody has come up against them.

We had the chance to talk to one of the youngest coaches in the league at just 28-years old, Rajasthan United FC head coach Francesc Bonet, who has made quite an impression in his first year in Indian Football. Speaking with the www.i-league.org team, Bonet shared his experiences so far as the head coach of Rajasthan United FC, the style of play that they have implemented, and many other things. EXCERPTS:

It has been nearly five months since you’ve taken charge of Rajasthan United FC. How has your experience been so far?

The experience has been good because I enjoy it a lot with the players. The players trust my way to coach so they make me feel very comfortable. 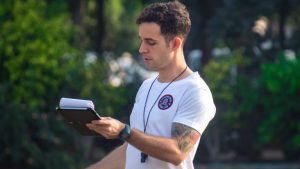 What were your initial thoughts when you were approached by Rajasthan United and what made you take the decision to accept this challenge?

I like challenges and I decided to leave Spain and try other countries. I like the culture of India and I know football is in their blood! For me, it is a big challenge as I think not about just helping my team but also the entire country!

Despite this being the club’s first season in the Hero I-League, Rajasthan United have surprised a lot of people with their performances and their results. Are you surprised too with how things have progressed?

I am not surprised because when I arrived here, a lot of players adapted from their first day. They try and believe in me and that’s so good for me. The quality is there and that has helped a lot. I am not surprised I think the results are coming and the way to play is good as well.

Speaking of the way to play as someone who comes from Barcelona and who was at the Barcelona academy, Was it easy for you to decide that you would like to have a possession-based style as your philosophy?

It is my way to understand football. I enjoy when my team have the ball and when they are playing with the ball. As a psychologist myself, players have to enjoy the style of play and that part is so important. I prepare them in pieces of training and matches to try to keep the possession and as you can see now, it’s useful and the results are coming. 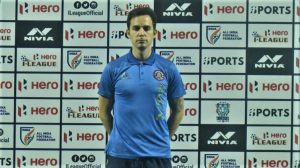 As a young coach, there might be times when players who are older than you are within the team and in the dressing room. So how do you manage this dynamic?

I understand that people can think about that but players, they want to play, they want results and it doesn’t matter what the age is. The players who saw what I am coaching shows results, and they respect me and I respect them.

What do you look to achieve here at Rajasthan United FC?

I want to continue playing the matches like we are playing. We need to enjoy on the field and for me, the most important is that we finish the league as better players and coaches than we were in the past. Of course, if we can win we will celebrate it but I want the players to perform better in each game they play. If this happens, it will mean that I did my job well.