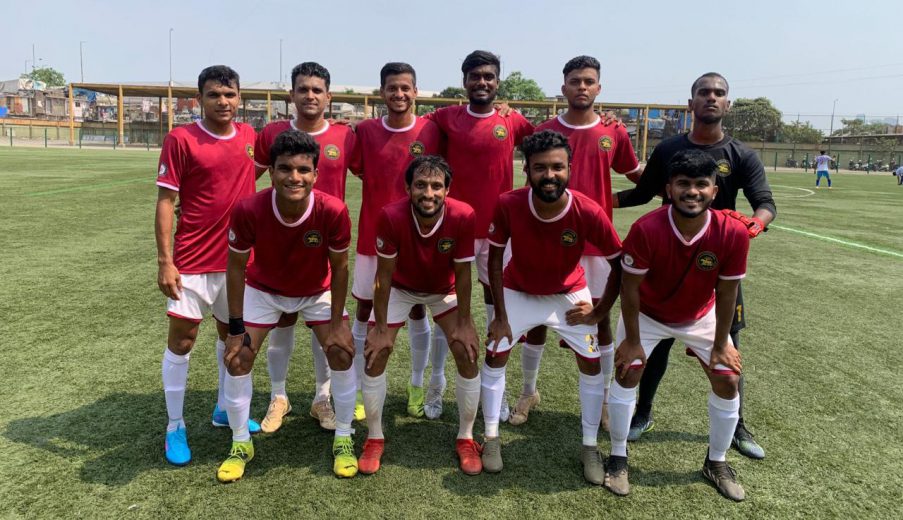 After a narrow 2-1 defeat to Income Tax last time around, a determined RBI took the field against Union Bank of India.

In an evenly contested first half, it was RBI who opened the scoring in the 44th minute of the game. Akash Khadka put a cross into the box from the right, which was headed home by Troy Nunes.

The first half ended with an edge for RBI.

In the second half, Sachin Narsappa led RBI side looked more lethal in front of the goal and kept on attacking in search of more goals.

On attack, in the 53rd minute, RBI was awarded a penalty kick after Akash Khadka was brought down by UBI goalkeeper. Akash Jadhav stepped up and doubled RBI’s lead by converting the penalty.

The third goal of the match came from the boot of Troy Nunes. In the 71st minute, a pass from Duarte D’Souza was well anticipated by Troy, who put it into the back of the net to increase the goal tally as he completed his brace for the day.

5 minutes to the end of regulation time, substitute Akash Pardeshi scored the fourth goal for his side from a brilliant assist from Troy Nunes.

The referee blew the final whistle as RBI registered an impressive 4-0 win over Union Bank of India.

Coach Sachin Narsappa’s statement on the win: “We are happy with this win but I also want my team to focus on upcoming matches which will be more competitive.”

18-year-old female footballer found dead in Kolkata
I like the culture of India and I know football is in their blood, says RUFC head coach Bonet