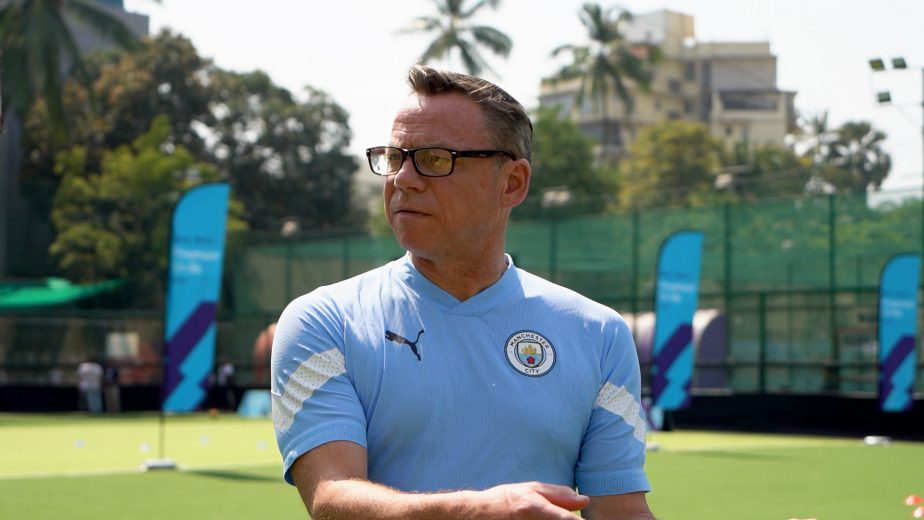 Dickov was in India as part of the PL30 celebrations, a celebration of 30 years of the Premier League, and said that the quality and knowledge within Indian football had improved each time he has visited the country.

Premier League legend and former Scotland international footballer, Paul Dickov, who played for a number of clubs including Manchester City, Arsenal and Leicester City, has said that he is impressed by the growth of Indian football over the last five years adding that Football Sports Development Limited’s (FSDL) partnership with the Premier League has played an important role in the growth of the sport in India.

Dickov was in India as part of the PL30 celebrations, a celebration of 30 years of the Premier League, and said that the quality and knowledge within Indian football had improved each time he has visited the country. Dickov said FSDL’s efforts to grow Indian football are widely visible.

“You can see it yourself, the improvement. The teams are improving [as well as] the individual players. I think when you’ve got them and you’ve got the Premier League coming together, it can only help improve Indian football as a whole,” he said. “I know the Premier League is looking to do the Next Gen Cup, which is great because it is going to give international experience to the young players that are around as well. It’s all about progress. The more progress that happens, the bigger Indian football is going to be,” he added.

The FSDL-Premier League collaboration has seen various initiatives launched in India to grow the game. This has included skill development programs for coaches, referees, as well as players within the system. In June this year, the venture hosted the Next Gen Cup 2022 in England, which saw youth teams of Hero ISL clubs Bengaluru FC and Kerala Blasters rub shoulders with academies of top English clubs and finish in fourth place in their respective groups.

Dickov has visited India several times in recent years as a Manchester City representative for football events in India, and also worked in Indian television studios as a pundit. Dickov expressed in his interview that he has learned about the passion for the Premier League in India through Manchester City’s collaboration with Mumbai City FC. He pointed out that football fans in India have always seemed knowledgeable and said they would play a big part in influencing the quality of football on the pitch.

“Fans have a huge influence on the players on the pitch. It’s easier for fans to be supportive when things are going well, but when things are not going too well, the fans can drive you on. Some people think that players nowadays don’t take notice of the fans but I can reassure you that they do. They appreciate the support, and they appreciate them really driving them on,” he said.

The Hero ISL this season has seen fans return in full force after two years. The average crowd attendance numbers so far this season put the Hero ISL among the highest-viewed leagues in Asia. After Matchweek 6, defending champions Hyderabad FC are leading the pack with 16 points, four clear of Mumbai City FC in second place. With the new weekend fixtures format in full flow, teams have managed to keep up their intensity week after week and provide entertaining games for fans on a regular. Eighty-four goals have been scored so far this season.

“No matter what happens this season, we’re happy to be back in the stands”, Bengaluru FC fans on returning to the stadium after two years
Rampant Mumbai City FC win 4-0 as Bengaluru FC’s misery deepens with fourth consecutive loss