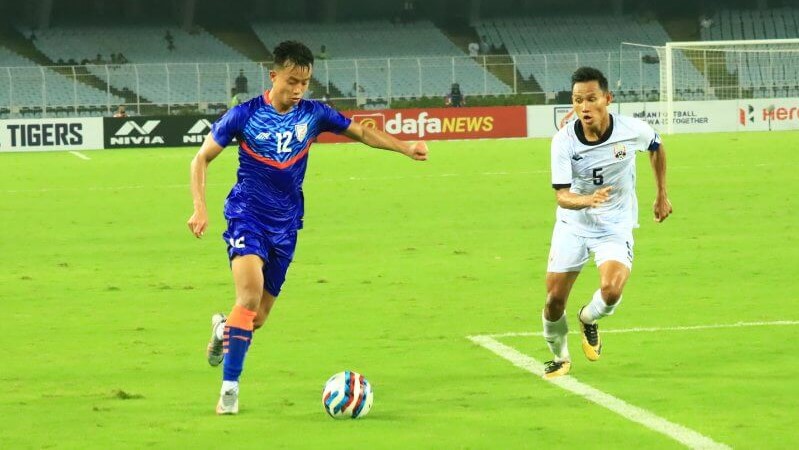 The Blue Tigers got off to a winning start in the AFC Asian Cup 2023 Qualifiers final round against Cambodia, and the data analysis displays some interesting performances.

The Blue Tigers played 776 passes among themselves with 705 accurate passes, as India beat Cambodia 2-0, both goals coming in from Sunil Chhetri – one in each half. There were also 24 shots on the rival goal.

Defender Akash Mishra covered the maximum ground running 11.44 km in the match, followed by Suresh Singh at 10.72 km, and Liston Colaco at 10.42 km.

Brandon Fernandes, who had an incredible game from the middle of the park, dictating the proceedings with a total of 84 successful passes at a rate of 90 per cent, and three key passes. The 27-year-old got yet another assist to his name, when he swung in a cross for his caption to cushion a header home.

Right back Naorem Roshan Singh is another player that has caught the eyes of all and sundry, completing a whopping 117 actions at a rate of 85 per cent. The defender has also completed the most number of accurate passes (89), and shown a solid defensive side to his game, winning 11 of his 14 attempted challenges during the game.

Also Read: ‘Happy, and confident’ India look ahead to game against Afghanistan

‘Happy, and confident’ India look ahead to game against Afghanistan
Igor Stimac stresses on staying composed ahead of Afghanistan clash