Edu Bedia: We want to win every trophy 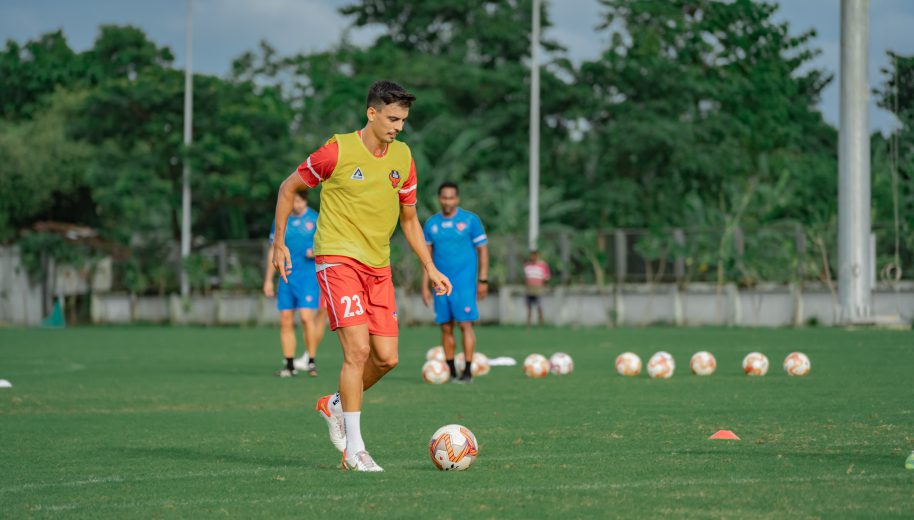 FC Goa look to bring home early-season silverware ahead of the ISL as Gaur skipper Edu Bedia, in simple words laid bare what his aim and that of the club would be heading into the season.

“We want to win every trophy,” stated Bedia, now into his fifth season with the Gaurs.

Sunday evening give Bedia and co. their first chance of tasting silverware this season. FC Goa have been on a heist at the Durand Cup, scoring 16 goals in their 5 games. Juan Ferrando’s men, however, had to overcome a strong challenge from a young-looking Bengaluru FC side to seal their place in the showcase event courtesy of a victory on penalties.

Edu Bedia: We want the trophy

Whilst the focus has largely been on improving the team on all fronts with the help of competitive games in the Durand Cup, with the final now forthcoming, the mindset seems to have changed to that of getting the hands on the coveted trophy.

“We are really motivated heading into the game. We know we are in pre-season. But when you are in a final and have the chance of winning a trophy, you only think about that. Right now, we want the trophy,” Bedia exclaimed.

“We have put in some really hard work here in Kolkata for one month. It’s amazing to participate in the final. It’s a prestigious tournament. And we go into tomorrow’s game to win one trophy. A win in pre-season is going to make us feel a lot more positive when we head back to Goa.”

– Head Coach Juan Ferrando added his sentiment on the final

Standing in front of the Gaurs and their first Durand Cup triumph is Mohammedan Sporting. Andrey Chernyshov’s men have won plaudits for their brand of football. The Black Panthers have been effective – losing only one game throughout their campaign.

The Kolkata giants will be hungry to get their hands on the Durand Cup trophy again after a spell of 8 years. That also marks the last time the trophy came to Kolkata.

“We know that Mohammedan are a good side with a number of good players. They try to play football (with the ball on the ground) like us. However, we have to keep faith in our style,” opined Bedia looking ahead to Sunday’s game.

“We have to play with the same intent, the same philosophy and if we do this, we are going to be competitive. I think we are the best team (in the competition).”

Another factor that is certain to play a part in the final will be the partisan crowd. With the game now open to allow 30,000 odd fans. Mohammedans are certain to enjoy the support of the ‘home’ crowd.

Edu, though, feels that it would be a great thing to play in front of the crowd and that there is not really any pressure on the side heading into the final. “No. No pressure. Tomorrow I would prefer to play with the full stadium packed with Mohammedan fans. I think it would be the best news at this moment after the COVID pandemic – to play a big game, a final with supporters. I hope the stadium is full.”

Edu and the rest of the Gaurs will have a chance to taste exactly that when they take on Mohammedan Sporting at the Vivekananda Yuba Bharati Krirangan. The game is scheduled for a 6 pm kick-off.