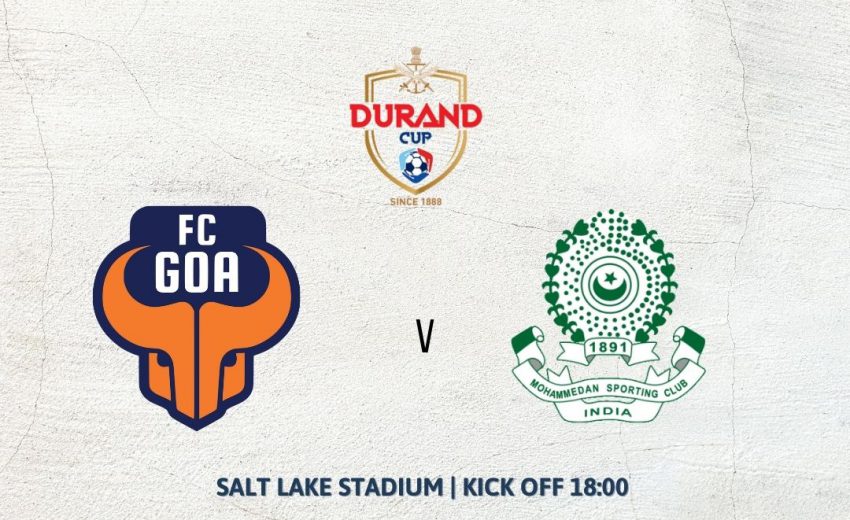 After almost a month-long high octane football action, it is all down to the final game to determine the champions as local favorites Mohammedan SC clash with FC Goa in their quest to lift the coveted Durand Cup title.

The final of the 130th Durand Cup is scheduled for a 6:00 PM IST kick-off on Sunday, October 3, 2021, at the Vivekananda Yuba Bharati Krirangan (VYBK). The match will be LIVE streamed on the addatimes app. It will also be broadcast LIVE on the Sony sports network on their Sony Ten 2 SD and Sony Ten 2 HD channels.

The Black Panthers would want to repeat their 2013 heroics when they had last won this prestigious title, in New Delhi. The local supporters, who have backed them strongly in their last two encounters would also hope for the same. Mohammedan Sporting had a convincing 4-2 victory against FC Bengaluru United on their way to the final. All eyes will be on star players Marcus Joseph, Brandon Vanlalremdika and Nikola Stojanovic who have been exceptional throughout this tournament and will look to make their side cross the last hurdle.

The Gaurs though sneaked into their maiden Durand Cup finals after a narrow 7-6 victory after a sudden-death tie-breaker over Bengaluru FC (BFC). They have remained unbeaten in this tournament so far. However, FC Goa will miss important players like Brandon Fernandez, Glan Martins, and Sertion Fernandez who are all on India duty. Muhammed Nemil and Devendra Murgaokar will be the key.

Murgaokar is also in the race with Mohamedan’s Marcus Joseph with both being the top goal scorers in this tournament, with 5 goals each and the final game to go.

Ahead of the match, FC Goa Coach, Juan Ferrando Fenoll said, “I am happy because we are playing the final of this tournament but for me, it is a good opportunity and good experience because we know the players we emphasize on and when we play these games, surely the mentality is more aggressive than a typical friendly game. And also we hope to play a good game against a good club here in Kolkata. And of course, we hope to do the best tomorrow like our dream is to win the game and win the trophy for our supporters.”

The Black Panthers’ Head Coach, Andrey Chernyshov shared his thoughts ahead of the final clash stating, “Tomorrow is a big game, we will play against one of the best teams in India. This is good. I hope for the supporters, it will be a very nice evening and a nice game. We respect this team but we are not afraid because we know how we are strong. We had a hard way to come to the finals but we are now in the finals, and now we have only one target- to win this match.”