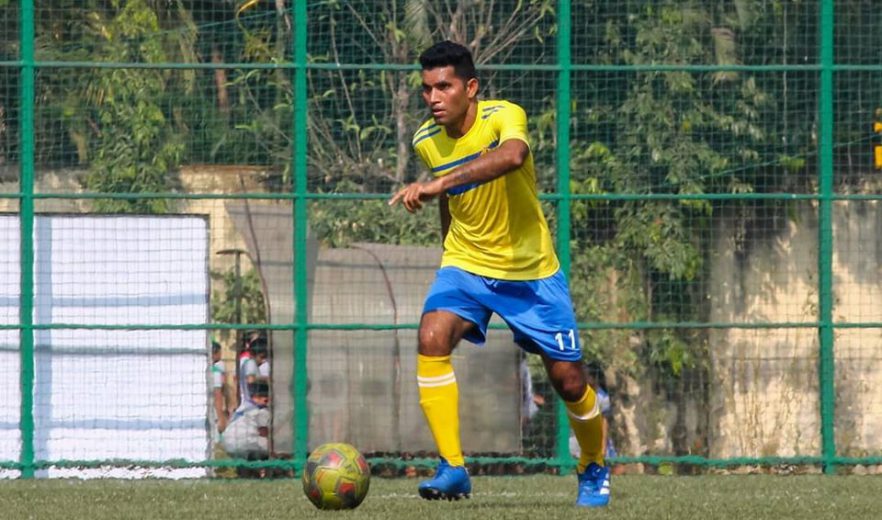 Central Railway started out brightly in the first half with some good movements and chances. However profligacy in front meant goals were hard to come by. Railway’s Rashid had couple of chances coming across him only for him to miss the target.

With team struggling for goals, Coach Raghuvir brought Shahbaz into the field at the break. The substitute didn’t take long to prove his manager right scoring immediately after comng into the pitch to make it 1-0 in favour of Railways. Bank of India soon responded with couple of threatening attacks. In the 67th minute, they finally managed to equalize when Saurabh Dongre found himself in space to produce an delicate chip shot over an onrushing Railway goalkeeper to make it 1-1.

However minutes after, Central Railway were back on track with Suresh Nair marked heavily by BOI defender, produced a similar chipped shot over the keeper to send his side in front. In the final moments of BOI put men forward in search of equalizer. BOI had golden opportunity to go level when Jagdish Madada setup his teammate whose shot was blocked away by the defender. As the ball rebounded for Troy Nunes, his first goal bound strike brought out a flying save from Central Railway custodian Pradeep Kumar to deny Bankers the equaliser. The match ended with 2-1 scoreline.

In Super Division, Mumbai Port Trust came head to head against Central Railway (M) side. The former held on to their nerves to score two late goals. Omkar Raut starred for the MPT with brace in the dying minutes. After evenly contesting for most of the game, Omkar Raut sent MPT into lead in the 88th minute. In search of equalizer, CR (MD) put men forward however deep into the injury time, Omkar scored again to put the game to bed.

Meanwhile in 2nd division, Boxer FA got the better of Mumbai City FC. In the 2nd minute of the game, a goal from Ajinkya put Boxer FA in driving position from the start. Maxy Dsouza added one more midway through the 2nd half as the Boxer FA coasted to a comfortable 2-0 victory.

In other game, Sanpada FC thrashed Friends United FC 6-1. Devendra Deobagkar’s first half brace put Sanpada in front at the break. However, in second half, floodgates for goals were opened as Romit Anand struck within fourminutes before Sumit and Javed added one each for their side to complete the rout. For Friends United, Amogh scored a late consolation goal. In the third 2nd division game of the day, Anirudh Ruke scored a 2nd half brace in CFCI’s 2-0 win over Ruffians FC.

Odisha FC stay close to top four with Chennaiyin win
Highlanders, Gaurs look to get back on track