Highlanders, Gaurs look to get back on track 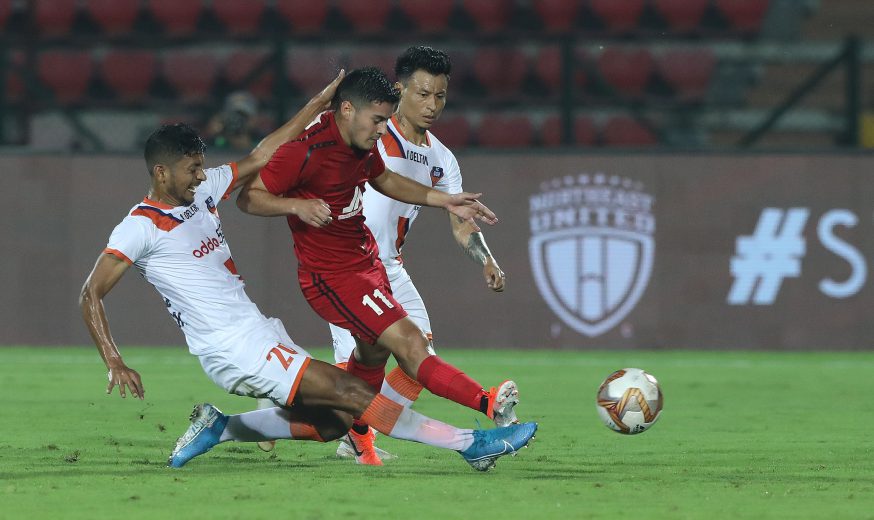 Gaurs will look to put their minor blip behind while Highlanders would look to get back into winning ways in a Hero Indian Super League (ISL) clash at the Jawaharlal Nehru Stadium in Goa on Wednesday.

A win against NorthEast will fire Goa to the top of the table. But first they must overcome a bunch of players who are desperate for a win as they last won a match more than two months ago.

FC Goa had won four consecutive matches before their winning streak was broken by defending champions Bengaluru FC last week. Goa haven’t lost a game when they have scored first and the onus will be on Kai Heerings and Mislav Komorski to contain Ferran Corominas who has already netted seven times in eight matches.

“NorthEast is a very good team. If we do not play 100 percent, I’m sure it is not going to be easy,” said Goa coach Sergio Lobera. The Gaurs have been prolific with set-pieces as well and have already netted 10 goals from dead-ball situations.

Robert Jarni’s men are eighth on the table and goal scoring has been a major issue for them. They have only nine goals in their kitty, the lowest in the league. Although they have a talismanic striker in Asamoah Gyan, who remains their best scorer with four goals, other players haven’t really contributed.

The return of Uruguayan striker Federico Gallego will be a major boost to their attack, and should he combine well with Gyan, it would resolve their woes upfront. NorthEast are yet to win an away match against Goa but Jarni hopes that his men can do the job and pick a much-needed win.

“We have nine matches to go. We will go there to win. They are a good team but we are confident as we are (as good as Goa). The mood in the team is really great and we are ready for the match,” said Jarni.

While Goa will have their sight on displacing ATK from the pole position, NorthEast will give their all to get three points and keep their hopes alive of a top-four berth.