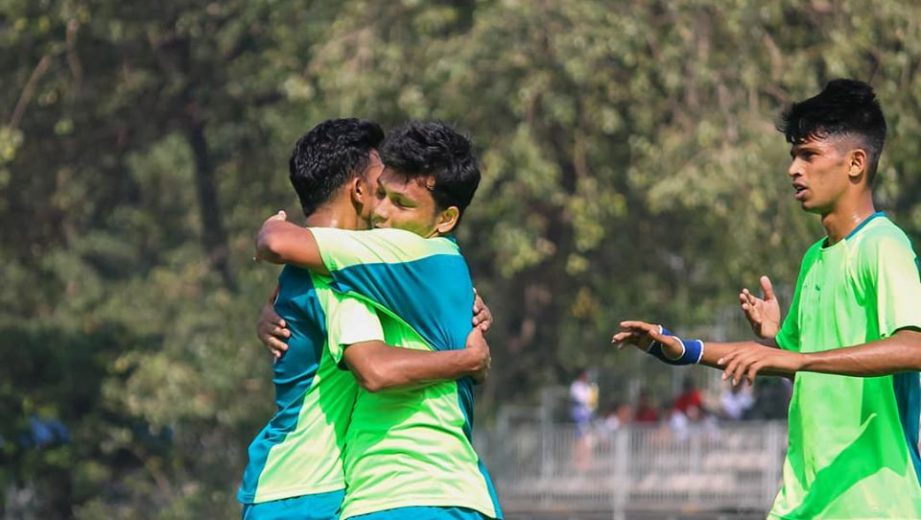 HDFC Bank struck two goals on either side of the break to romp home with an emphatic 4-0 win against Maharashtra State Police in an Elite Division match of the Rustomjee-MDFA League 2019-2020, played out at the Cooperage ground on Sunday.

The opening goal came in the 19th minute when Pragnesh Solanki found himself in space, the HDFC attacker used his pace to good advantage to go clear off his marker before sending in a low cross for Ramesh Singh to tap-in. Midway through the half, Titus Uttankar’s shot was parried across by MS Police Goalkeeper. The resulting corner kick saw Titus sending in delivery that curled enough to beat goal keeper and nestle back into the net.

HDFC went into the break with a comfortable two goal lead as MS Police struggled to create any good attack. Around the hour mark, Pragnesh was brought down inside the box by Shahbaz Khan as referee awarded a spot-kick to HDFC. Aditya Dalvi stepped up for the spot-kick, converting his chance to make it 3-0.

Pragnesh had a chance to go on score sheet himself only to miss by inches after Titus sent in a low cross from left flank. Meanwhile, a bicycle attempt from Digvijay brought out a good save from MS Police custodian. IN the final moments of the game, substitute Melchoir Fernandes’s teasing cross was well headed in to the net by Prashant Rane to complete the 4-0 routing of MS Police.