Denzil stars with brace in Bank of Baroda win 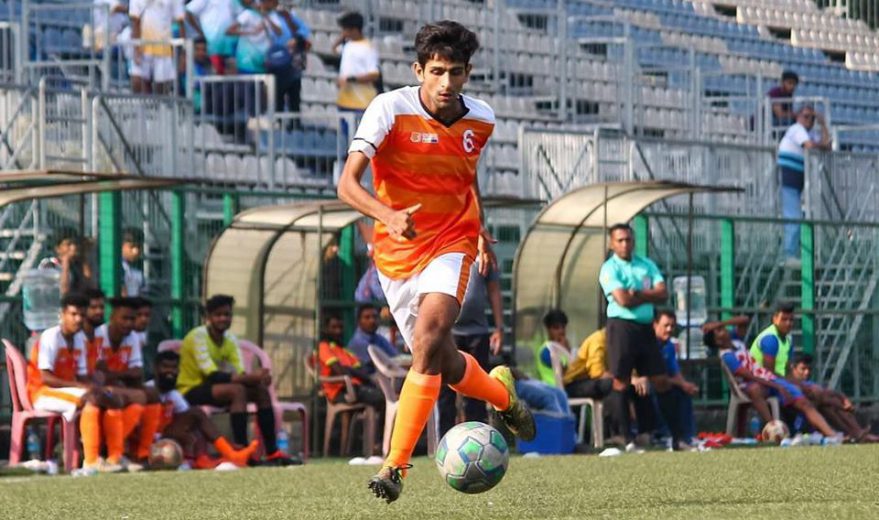 In what turn out to be a day of close encounters, Bank of Baroda played out an enthralling Elite Division game against a spirited CBI Side to pick up crucial three points.

After an even opening exchange Bank of Baroda took the lead, when from a free-kick situation, Anas Khan rose high inside the box to head into CBI net. In return CBI responded with couple of good movements, an attempt from troy was blocked away by the defender only for the ball to fell in front of Russel however the resulting went straight in to the keeper Rohit Patil. However not long after, CBI were awarded a penalty for a handball inside the box. Troy D’souza made no mistake in converting the spot kick to bring the score on level terms at break.

On restart, Bank of Baroda started brightly, Rohit Bheke’s beat his marker on the right flank before rolling the ball through for Denzil who dribbled past two defenders before unleashing a strike at the near post. The ball beat the keeper to nestle in to the back of the net. Later in the day, Denzil doubled the lead with a clinical finish inside the box after some good work from the left flank.

Just when the score seemed settle a rash challenge from BOB custodian Rohit saw him bring down Troy. The referee deemed the challenge as a bookable offence showing him his 2nd yellow of the day. As Rohit marched off the field, Troy converted his 2nd spot-kick to bring the deficit by one goal. Despite some late actions in the game, the match ended in favour of Bank of Baroda.

In other Elite Division Group, Kenkre edged RSF Spartans 2-1. Aravindraj’s 2nd half goal was immediately cancelled out by Alex peters before Yash Mhatre ended the game with a clinical goal in the final quarter of the game.

WIFA Inter District: Ahmednagar, Nashik qualify to the next round
Odisha, Chennaiyin look to close gap with top-four