WIFA Inter District: Ahmednagar, Nashik qualify to the next round 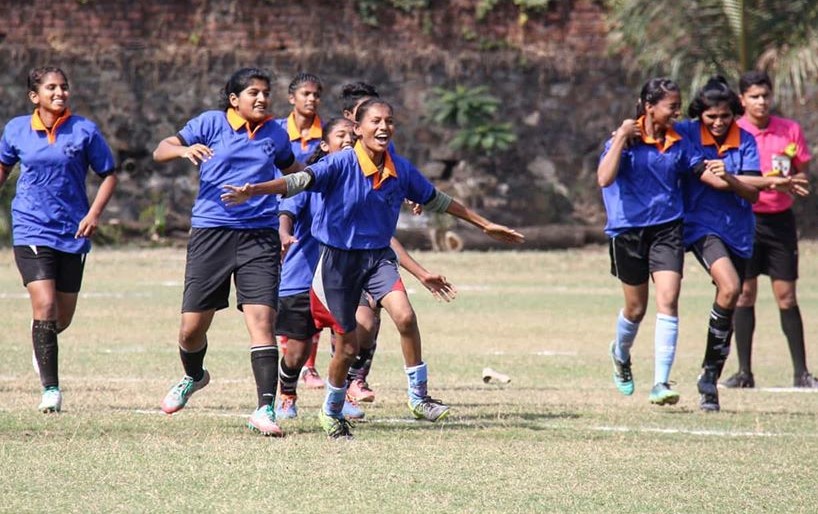 The first game of the WIFA Inter District Sub Junior Girls hosted Ahmednagar against Raigad. In a game of two halves, both the teams created chances but failed to find the net in the initial 30 minutes. However, in the second half, the game intensified with Tanisha Shirsul scoring for Ahmednagar and Ishita Shejale equalising for Raigad. The match went on to the penalty shootouts where a total of 14 spot kicks were taken. In the end, Ahmednagar got the better off Raigad as they whipped the net 5 times. Raigad failed to score twice in the sudden-death which led their opponents to qualify to the next round.

The second game of the day saw Nashik romp to a massive victory against Amravati. Ritika and co. starred in the second half to lead their side to a huge victory to qualify for the next round. After a dull first half, where both the sides failed to create opportunities, the second half was a treat to watch. Kalyani Mundada broke the deadlock for Nashik. Following her goal, within a few minutes, Nashik won a penalty. Ritika Gaikwad made no mistake from the spotkick and slotted home to double the lead. The third goal of the game was netted in by Tejaswini.  With the third goal, it was transparent that Nashik were on a conquest to outclass their opponents. Manisha Barai added to the tally and scored the 4th goal to take a commendable lead. Ritika went on to complete her hat-trick scoring at the 50th and the 53rd minute. On the other hand, Amravati scored their only consolation goal through Nidhi’s effort at the 44th minute.