TRAU split points with Punjab to kick-start the new year 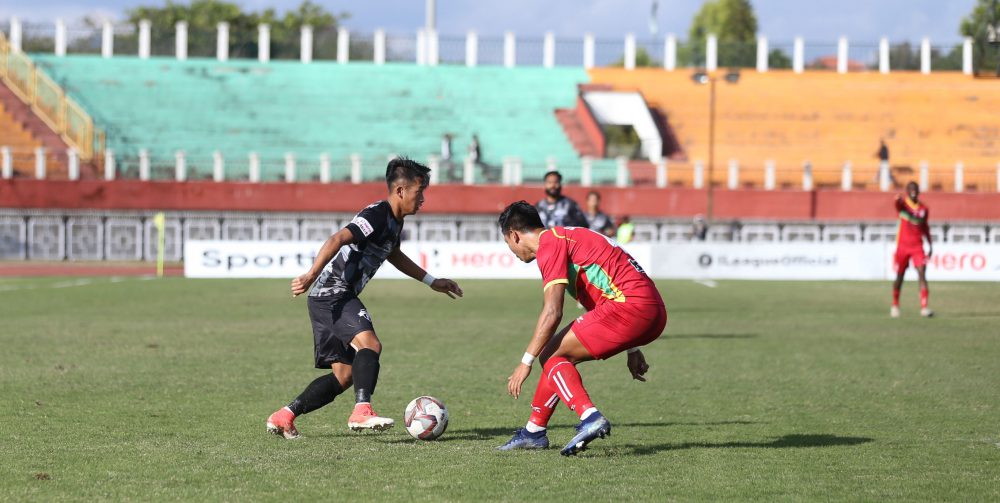 Tiddim Road Athletic Union (TRAU) FC played out a stalemate with Punjab FC at the Khuman Lumpak Stadium in Imphal on Saturday, January 4, 2020.

TRAU FC head coach, Dimitris Dimitriou, seemed happy to stick to his side’s new-found resilience and made just one change, with Ghanaian forward Kofi Tetteh starting upfront ahead of Krishnananda Singh, in a classic 4-3-3 formation.

On the contrary, Yan Law made a catalogue of changes to his Punjab FC line-up that dropped points away in Aizawl. Teah Baysah Dennis returned to the starting eleven, as did Cavin Lobo in the middle of the park. Dipanda Dicka, who has played an instrumental role as a super-sub this season, was given the nod to start.

Still elusive of their first I-League victory, TRAU kicked off proceedings with a point to prove in front of their Imphal faithful. Initially, the match was mostly a cagey one, with either side opting to play their cards cautiously.

The first opening of the match fell to the hosts in the 17th minute. A swerving delivery from Yendrembam Meitei was met by Kofi Tetteh inside the six-yard box, but his header was wide off the mark, albeit not by much.

Punjab FC had their first crack on goal in the 34th minute, when Cavin Lobo’s long-distance free-kick almost caught Mithun Samanta between the sticks, out by surprise but the TRAU custodian did well to make an outstretched save to sustain parity.

In the second half, the visitors showed slightly more intent by maintaining more possession and playing out in close quarters. The midfield duo of Cavin Lobo and Sanju Pradhan remained a constant threat throughout but any attacking venom by the attacking triumvirate of Sergio Barboza Jr., Dipanda Dicka and Makan Winkle Chothe, was neutralised beautifully by the TRAU backline.

The hosts had another go, this time from a distance, when a cleverly calculated layoff by Kofi Tetteh was latched onto by Phalguni Singh who had a whip on goal from quite some distance, but his effort sailed a fraction wide off the far post, leaving Kiran Limbu, in the Punjab goal, much relieved.

Yan Law’s men raised the tempo and were hoping to come away with all three points late into the game. With glaring openings rare to unravel given the nature of the game, it was yet another shot from distance, this time from the ever so reliable Sanju Pradhan, whose effort from about 30 yards out missed the target by a whisker.

An evenly contested game throughout, but neither side could assert one over the other as the referee blew the full-time whistle as the spoils were shared in a goalless, yet entertaining draw in Imphal.