With the league’s meanest defence and one of the strongest attacks, ONGC have banked on continuity to become an unstoppable force in the league.

With league participation still hanging in balance, ONGC did well to ensure that majority of their players are retained – a tactic that reaped them with huge rewards when their season did eventually began.

With the sports policy of the company in revision, ONGC offered its football team special permission to participate in this season’s Elite Division. Meanwhile the season was already in its early phase when MDFA Officials granted ONGC, a late entry to join Corporate Elite league. With 3 matches in their first nine days in to the campaign, ONGC wasted no time and were up running quick with three clinical wins over Maharashtra State Police, Bank of India and Western Railway.

Talking about the perfect start, Coach Caetano Pinho said, “We had a strong start because we kept the core team for the last 2-3 years. A disciplined bunch of players, who kept themselves fit & showed great commitment and desire from the 1st match. Everyone played the vital role, right from our captain – Himanshu to our former captain Lalmuanpuia, Goalkeeper Bilifang was impressive between the sticks while Veteran Dharmesh Patel too led by an example. Others like Arif, Sunil, Prathamesh & Dhruvesh strengthened our core.”

ONGC success has majorly banked on a solid line of defence that has seen the side ship in just 3 goals in 6 games. Coach Pinho applauded the spirit and the understanding between the players for these performances, “Our defence has showed great understanding & consistency among themselves. In matches, when we conceded an early goal or a quick equalizer, the players have responded tremendously turning the game around and come out victorious.”

Defender Dhiraj Meher added that the defence is only going to be stronger now, “The reason behind the three goals conceded were miss passes & little bit of miscommunication between us. We have improved even better now and are sure we won’t conceded any more goals easily.” 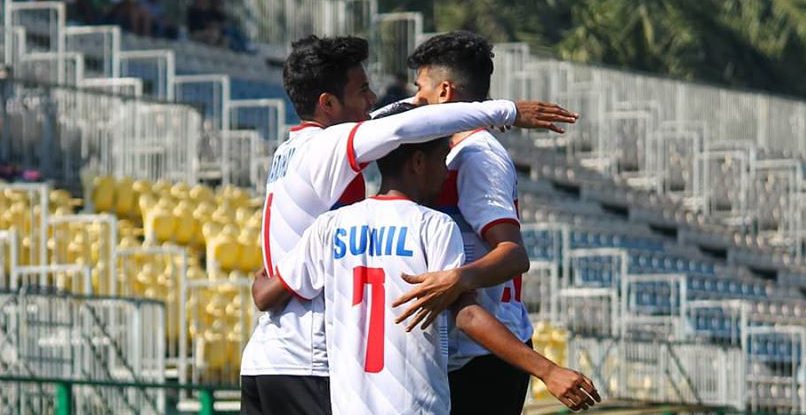 Alongside the strong defence, ONGC has a strong attacking unit as well that has seen them score 20 goals in just 6 games. Talking about the attack, ONGC’s top goal scorer with 6 goals, Himanshu Patil credited his coach for the success, “We have combined well as a team. So far, we have managed to execute our coach’s plans well. I am happy that I have been among goals as well.”

ONGC has been on a 6 Game winning streak but there run were halted by the unexpected break to the league due to the novel Covid 19 outbreak. Talking about the break, Coach Pinho added, “This break will affect all the teams. Football is never easy & complacency is the worst enemy. My players are very sincere, committed & have a strong desire to win matches. They are sincerely working in isolation on their strength & conditioning. That leaves me with only to combine them into a cohesive unit & remind them about their roles & responsibilities. With all due respect to all the teams, facing the league table leaders will really be fun & our boys will relish the journey.”

Alluding to his coach’s expectation, striker Himanshu Patil adds, “Due to this lockdown, it is really very difficult to keep match fitness. But I am trying my best to do it from home and will definitely come back stronger on the field.  We have many matches left ahead against strong title contenders. Hope we give our best and come on top.”

“I honestly wonder if this lock down will end & whether this league will resume. I pray & hope it does, me and my boys are missing the competition.”

Exuding confidence in the team, defender Dhiraj Meher believes his team is ready for the rest of the season too, “All the team members are working on the fitness even when they are at home. Our coach & senior players have been very supportive both on & off the field.” Further adding,”Our remaining opponents are the strong competitors.  When the season restarts, I am sure we will put outstanding performances for the remaining matches and we will be at the top of the table in the end.”