Income tax currently has one of the best attacks in the league with the trio of Bryce Miranda, Henderson Dias and Mohammed Ishaq leading the challenge to the title

The club has registered 23 goals in just nine matches with an average of at least 2 goals per game. While Henderson Dias and Mohammed Ishaq have done the bulk of the scoring it is Bryce Miranda who has shouldered the responsibility of creating chances from the wings. The left winger has assisted in 10 goals this season while scoring 3 goals himself.

Short on time, Income tax had a tough start to the campaign. Facing one of the title challengers, Bank of Baroda, Income tax struggled to find any kind of proper finishing touches in front of goal as they went down 0-1.

Talking about the situation leading up to the opening game, Coach Clifford Pereira stated, “Since we entered a bit late and we were struggling to find players. But thanks to Sudha Anna, we were given some time to sign players. Most players were already signed and so we had to rely on players who didn’t get selected either due to injury or who were still waiting for confirmation from other clubs. U Mumba FC’s discontinuation meant we had few options from them while Captain Franco and Linekar brought in few young guns from what they could find in the city.”

After the opening game loss, Income tax roared back in style with a 7-1 drubbing of Central Railway. Veteran Sandesh Gadkari and Henderson Dias put up a show with both scoring hat-tricks while Bryce Miranda scored one and assisted in two. Mohammed Ishaq signing bolstered the attack even more as the youngster debuted for the side scoring a brace in the 2-1 win over Century Rayon.

“Bryce in particular has been a find for income tax. Hoping that he might stay next season, with his lightning pace he has made defenders life hell. His understanding with Ishaq and Henderson has been amazing. They have scored some of the most beautiful goals in the league this season. Something I have not seen for a while”

Talking up the teams attack, Coach Pereira added, “Our attack has been very good, Henderson is a sensible player while ishaq came in late to bolster the attack. Then there is Sandesh Gadkari and Youngster Bryce.” Adding further the contribution of the midfield and defence, Pereira added, “We cannot forget the contribution of our midfielders and Defenders particularly Astel Franco and Deepak Apte”

Striker Henderson Dias has led from the front with 7 goals in 8 games this season. Talking about his understanding with fellow striker Ishaq and Winger Bryce, Henderson stated, “It is great having Bryce & Ishaq alongside. Our understanding & bonding is excellent both on and off the field. I’ve known and played with Bryce for a long time and so I exactly know where those crosses will reach and I just need to be there waiting to smash the ball into the net.” 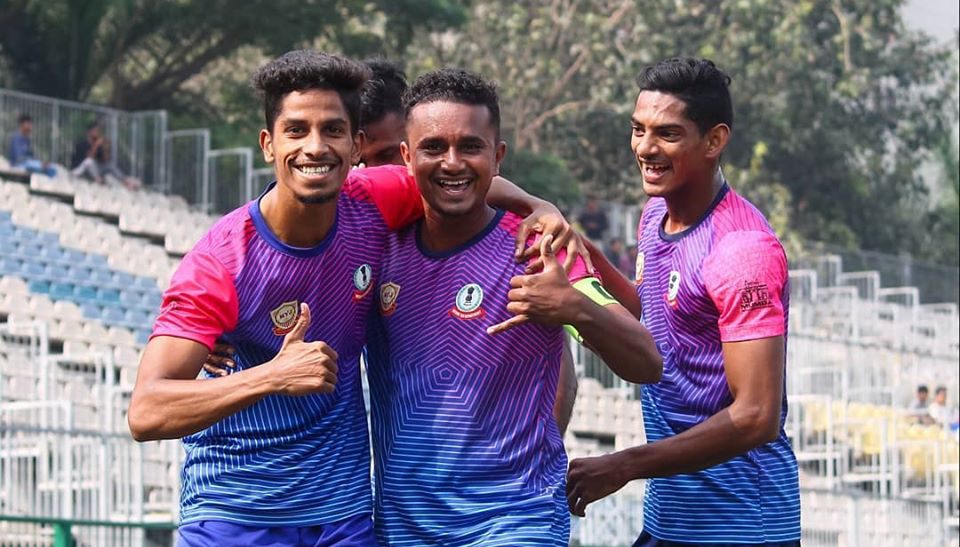 Bryce, who spent some time last season training alongside FC Goa Developmental side, credits the experience for his improvement. “I was with the FC Goa development team last season. I learnt a lot and experienced so much. I have got to know more about football at FC Goa.” Talking about the remainder of the league, Bryce adds “We have got 3 more games in the League and I’m going to give my best to help the team win the league.”

“I want to keep assisting my teammates and scoring as well. As a left winger, I love providing those dangerous crosses in the box. It gives me more confidence in the game and it helps me do better.”

– Bryce Miranda, Income Tax Winger on his 3 goals and 10 Assists (Most in the league) contribution

When the season began, Income Tax with a relative set of inexperienced players looked like a team that would be fighting a mid-table to relegation battle. But the performance on the pitch has ushered in a ray of hope of not just a top half finish but probably a strong title challenge too.

Stating season priority of the club, Coach Periera states, “I had told the boys in the beginning that we are in Elite division after some 12 years, so our first priority was to avoid relegation. After the initial games, the boys grew in confidence and our second priority became catching up to the top teams – Air India, Mumbai Customs, BOB.”

“We failed closely against Air India and BOB but we have yet to play Mumbai Customs and ONGC. With one point gap, I feel if the team holds it, we can go on to win this year’s tournament. ONGC have to play teams in the top half, Custom yet to face us, so it will be a 5 team battle for the top spot.”