The uncertain future of the Hero I-League compliments the current situation of the ongoing league as the season may not resume due to the rising pandemic in the sub-continent. However, this year’s Hero I-League was no less than a joy ride with the 130-year-old Mohun Bagan bagging the bragging rights for the second time.

The Hero I-League 2019-20 season was graced by the presence of aplenty noteworthy foreign players. Amongst them, we take a closer look at the players who we feel deserve a mention for their scintillating form throughout the tournament. 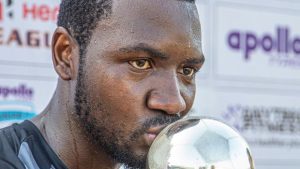 The 31-year-old Cameroonian forward had a breathtaking season. Dipanda Dicka scored 13 goals from 16 appearances for Punjab FC. Not only was he an important addition for Punjab FC, but he was also instrumental in their title race. For the better part of the season, Punjab was seen challenging the top contenders of the league but they eventually fell behind. Dipanda first came to India in 2015 and has been a part of the Indian football fraternity ever since. 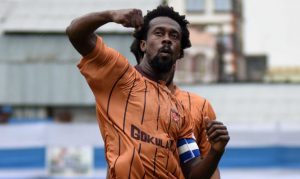 The pair consisting Marcus and Henry Kisseka has been one of the highlights this entire season in Indian football. Starting from the Durand Cup, Marcus Joseph has shined for Gokulam Kerala. Marcus has scored 6 goals in the I-League and has been prolific this season. 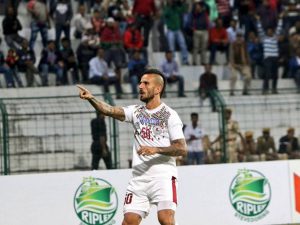 The robust defensive midfielder has taken the league by storm. Fran has played a pivotal role in Mohun Bagan’s title race. Scoring 10 goals for the side, he is the only defensive midfielder to achieve that feat this season. Gonzales came to Mohun Bagan after an enriching playing career under his belt. He has played for Real Deportivo and Real Zaragoza in the past. The 31-year-old Spanish midfielder played his first season at the Indian soil. Joseba Beitia came to India this season to ply his trade for Mohun Bagan. Since pre-season, Joseba, Chamorro and Fran’s trio caught the attention of numerous eyeballs. Beitia happened to be the vertebrae in this trio. Chamorro was later replaced by Papa Babacar Diawara. Joseba’s abilities with the ball and passing prowess have undoubtedly made him one of the most laudable players in the league. The 29-year-old Spanish midfielder has netted 3 goals in 16 matches. 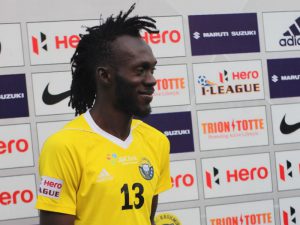 Bazie came into prominence from his very first season with Calcutta based Rainbows FC in 2016-17 season. Since then, the 28-year-old defensive midfielder from Ivory Coast has been very consistent. He played for Real Kashmir for the past two seasons and was a natural fit to David Robertson’s philosophy. He scored 4 goals in his total 22 appearances.