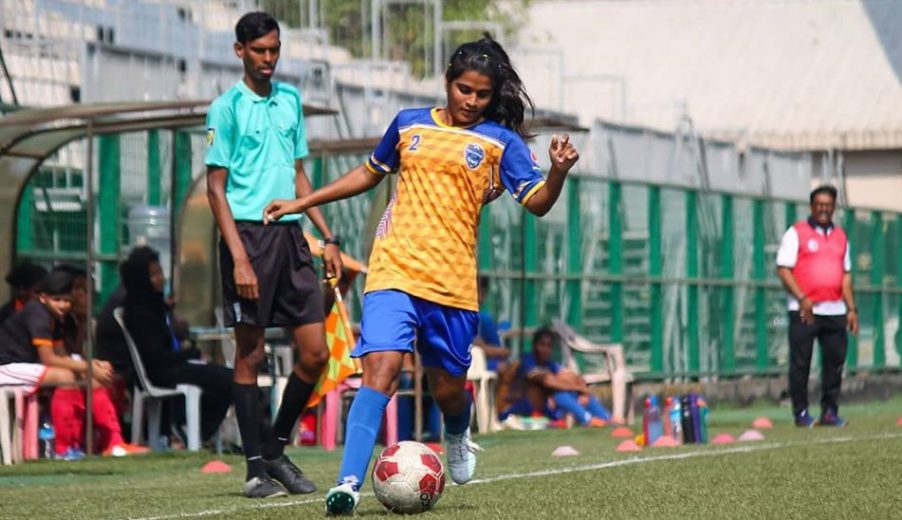 Coming from a spree of victories, Kenkre’s dominance continued as they outplayed Community Football Club. Kenkre took a solitary goal lead in the first half. Ritu Rani scored the only goal at the 15th minute which ensured the upper hand for Kenkre. In the second half, Kenkre went on to score 3 more goals. One of Kenkre’s most consistent player, Jyoti, didn’t fail to script her name on the scoreline as she found the net at the 58th minute. Aarti Gupta scored the only goal for Community Football Club of India at the 62nd minute. Kenkre soon increased their lead as the third goal was scored at the 78th minute by Samiksha, who came on as a substitute for Techi Akung in the first half. They concluded the game by thumping their 4th goal at the fag end of the match, courtesy of which goes to Soumya Guguloth. She ended the game with a huge win which will be pivotal to shape their future in the competition.

On the other hand, the current group leaders Football Club Kolhapur City clinched a gigantic victory against Football School of India. Renu and Pratiksha outshined their opponents scoring a brace. Renu opened the account for FC Kolhapur City at the 22nd minute. Her only goal in the first half was the difference between both sides. However, in the second half, Kolhapur played out a presiding performance to crumble Football School of India. They went on to score 4 more goals to outclass their opponents. Pratiksha scored her first goal at the 60th minute followed by Renu completing her brace at the 65th. Manisha, who replaced Jyoti at the 68th minute, made her impact scoring a goal at the 81st minute. Pratiksha put the final nail in the coffin for Football School of India at the dying moments, scoring the 5th goal.

With this win, Football Club Kolhapur City have 9 points from 3 games, which happens to be a buoyant tally for their qualification hopes with 2 matches left. However, the toppers are having a beady eye on Kenkre FC, who stands at the second position with 6 points from 2 games.