Eslava salvages a point for champions in Aizawl 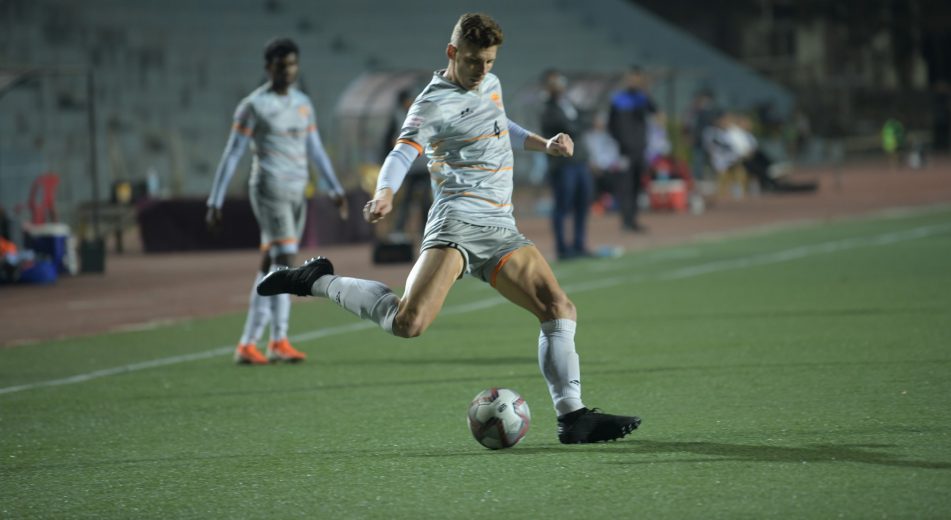 In match 20 of Hero I-League 2019-20, Aizawl FC and Chennai City FC split spoils in a hard-fought encounter played at the Rajiv Gandhi Stadium today (December 17, 2019). Aizawl FC, in spite of having only 42% of the ball possession, looked more threatening for most of the match although they couldn’t find the winning goal.

For Aizawl FC, William Lalnunfela scored in the 9th minute before Chennai City FC skipper Roberto Eslava drew the parity from the penalty spot in the 40th minute.

First half started with Chennai City FC looking the more fluent of the teams in the initial minutes. Aizawl FC, took a little time but they were soon in their groove. First major chance was created by Aizawl captain Alfred Jaryan who ran through the Chennai City defence and with an inch-perfect through ball released William Lalnunfela who didn’t make any mistake to put the Reds in front inside first 10 minutes.

In the 18th minute, Chennai got a free-kick outside the Aizawl box on the left and Katsumi delivered immaculately to his teammate but to Chennai’s dismay, the header didn’t find the target.

Chennai’s relentless attacks were on and Ajith Kumar, after receiving a pass from Eslava, launched a long shot in the 35th minute. The lung-busting effort just went a whisker wide of the post.

As it was looking that the hosts would be going into the breather with a slender lead, Katsumi Yusa earned a penalty owing to a handball by Paul inside the Aizawl box. Eslava stepped up to take the spot-kick and cancelled Aizawl FC’s lead five minutes to the end of the regulation time.

After the resumption, Lalnunfela again came agonisingly close to regain the lead but his shot went just wide. In the 76th minute, Chennai earned a corner but the header from Ajith went begging.

It was Aizawl again as in the 79th minute when the young midfielder Rochharzela showed exceptional skill to run past Chennai defenders but, only the goalkeeper left to be beaten, he squandered the golden opportunity.

Barely three minutes later, Lalnunfela missed the target when he missed to tap in from handshaking distance.

With the draw, Aizawl FC stay sixth with five points from four matches whereas Chennai City remain seventh having amassed one point fewer from three games.

William Lalnunfela from Aizawl FC walked away with the Hero of the Match award.