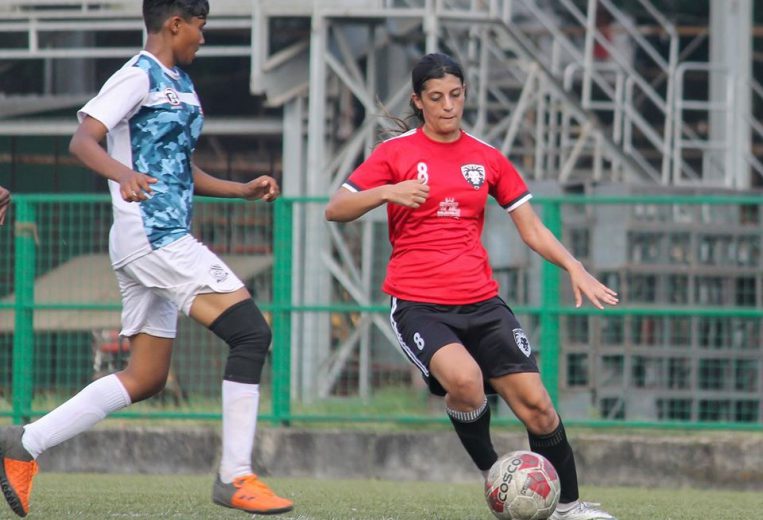 In today’s WIFA Women’s Football League fixture, PIFA SC clinched a colossal victory against Commandos FC. The match kicked off witnessing PIFA showing early signs of dominance. It eventually turned out to be complete supremacy as the outfit were up by 5 goals within the first half.

Pratima Mukhia started the goal-fest at the 18th minute. Followed by her strike, Namrata added to the tally when the match was 28 minutes old. What seemed to be an individual competition of scoring goals amongst both of them turned out to create moments of amusement for the entire team. Namrata and Pratima increased the lead at the 31st and 40th minute respectively. Muriel Adam contributed as well at the 38th minute giving PIFA a big lead at half time.

In the second half, nothing changed. Pratima completed her hat-trick at the 67th minute and not to our surprise, Namrata accompanied soon enough. Namrata scored her third goal at the 80th minute. Captain Dipika and Triapti Deep contributed a goal each at the 74th and the 79th minute. Midfielder Sushmita Lepcha decided to end the match by taking the scoreline to a double-digited lead at the dying moments.

PIFA bagged 3 points and stamped their authority in the super six round. PIFA is yet to lose points after playing 5 games whereas Commandos are yet to gain a point after 5 matches.