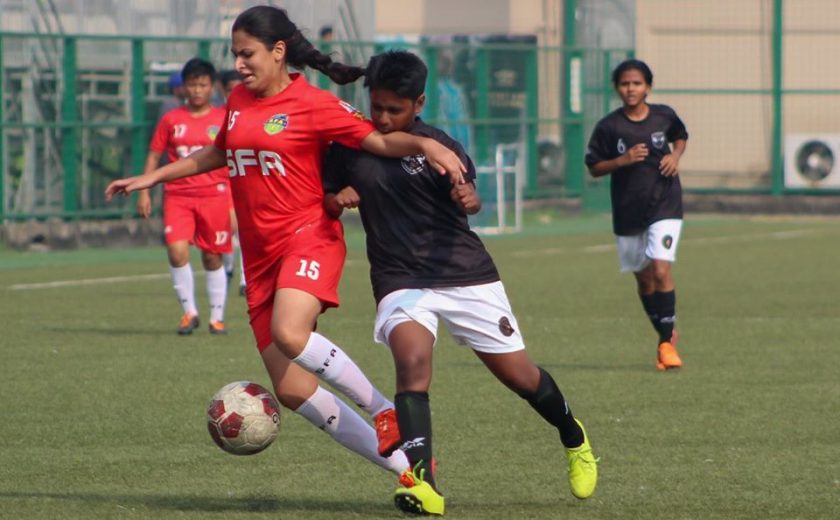 Samuel Football Academy put up a great show bagging their third victory with captain Mhasi Paunio starring again. Conceding an own goal in the first half, South Mumbai displayed a commendable show in the final 45 minutes where Kashish Parmar scored a late goal.

In yesterday’s WIFA Women’s Football League fixture, Samuel Football Academy clashed swords against South Mumbai United in which the former got off to a comfortable victory.

The match kicked off seeing Samuel FA dominating the proceedings. Imposing timely pressure on the opponent’s defence, a lapse in their formation created an opportunity for Samuel FA. South Mumbai United succumbed and ended up conceding an own goal at the 29th minute.

Capitalizing from the pressure, Samuel FA’s star performer, Mhasi Paunuo made full use of her abilities to increase the lead at the 34th minute. Samiksha Rajesh of South Mumbai was shown a yellow card for a rough challenge on the opponent. Her goal increased the scoreline and the first half concluded seeing Samuel FA up by a brace.

However, in the second half, South Mumbai United got the better of their opponents. As fortune seemed, they failed to convert from the chances created. Drishti Punjabi was subbed off early in the second half introducing Kashish Parmar. Kashish played an important role in bringing back confidence into the team. She eventually found the net late at the 72nd minute. Albeit, her goal was the only moment of rejoicing for team South Mumbai United as Samuel FA left the pitch having the last laugh clinching all three points to support their super six ambitions.