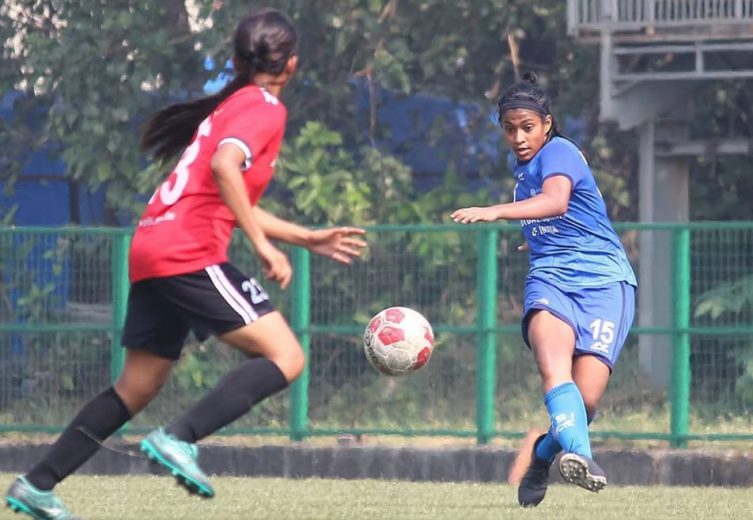 In the second matchday of the competitive Super Six round, PIFA Sports Club was restricted to a 1-1 draw against Football School of India, and Football Club Kolhapur City romped to a massive victory against Samuel Football Academy.

The opening game saw an action-packed match where both the teams played beautiful football. With an end to end display of football in the initial 45 minutes, PIFA and FSI headed to the tunnel with a goalless affair. Failing to break the deadlock in the first half, the teams fielded with stronger intent. Finally, when the match was 52 minutes old, striker Aishwarya Jagtap scored for PIFA SC. However, Football School of India had an almost immediate reply. Midfielder Sonali Chemati equalised at the 58th minute. The match intensified at the final 15 minutes but both the teams failed to capitalize from the chances created. The game ended 1-1.

The second match of the day witnessed Football Club Kolhapur City lashing Samuel Football Academy. What seemed to be more of a one-sided affair saw Samuel FA succumbing to FC Kolhapur City’s gameplay. Whipping as many as 6 goals past Samuel FA, FC Kolhapur City had a very dominant outing. Forward Pratiksha Mithari opened the scoresheet at the 29th minute. Following her, Jyoti added her name to the tally within a few minutes. Being 2 goals up, Renu added another goal to the tally to make it 3 up after the first half. Nothing changed in the second half as Renu scored her second goal at the 51st minute, and Karuna scored a brace at the 51st and 89th minute. The final whistle of the game concluded the game 6-0 in favour of Football Club Kolhapur City.

After playing 2 matches, Football Club Kolhapur City lead the group rankings winning both of them.