The complications in the valley fail to distract Danish Farooque, the star performer of Real Kashmir FC 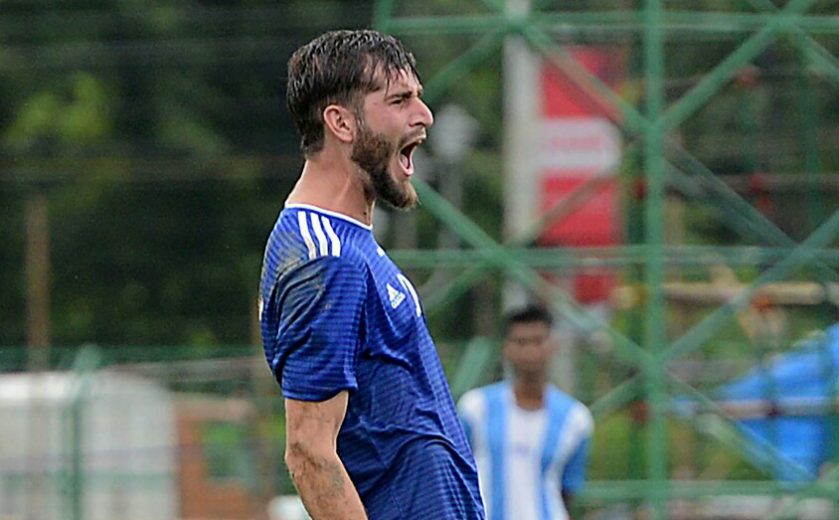 The aftermath of the lockdown in force in Jammu & Kashmir in the scrapping of Article 370 has left the players of Real Kashmir FC unable to contact their friends and family back in the valley.

The telephone networks and internet were cut off in Kashmir with the imposition of section 144 of the Code of Criminal Procedure. Thousands of troops are patrolling in the streets to maintain law and order in the valley.

However, the situation hasn’t affected the players. Their performance on field portrayed the courage, discipline and passion they have for the beautiful sport. The ‘Snow Leopards’ came out of the mental turmoil to clinch a late victory against Chennai City FC today at the 129th edition of the prestigious Durand Cup. The local ‘Ronaldo’, Danish Farooque broke the deadlock by scoring from a long-range effort at the 90th minute.

Farooq is a Kashmiri local. He couldn’t contact his family for the past two days. “I’ve not spoken to my family since I left home. Yes, I’m worried about my family because there has been no communication since landing here,” their star player Danish Farooq told PTI in an interaction at their practice venue here.

Despite the intense situation, Farooq maintained his focus and went on to score a goal and ensure a victory for his side. He claimed Head Coach Robertson has a huge role to play in this psychological support. “Our team atmosphere is like this only, all thanks to our coach. He keeps everyone in a good mood and never let us feel any pressure. He plays a big role. He keeps motivating us. Don’t keep anything in mind just focus on the game,” said Farooq.

Team Real Kashmir FC reached Kolkata on Monday. The outfit trained for the first time this season on Tuesday. Keeping in mind the mental breakdown the players went through, and the lack of practice, it is a milestone achieved by the team. They won the first match of the season against the current I-League Champions, Chennai City FC. Previously, they have defeated Chennai City FC in both the encounters of the last season’s I-League.

The hero of the day, Danish Farooque dedicates the win to the entire team members, support staff and owners. He said: “They have been hardworking to make a good competitive team. They asked to put up a better show. We will try to do well in upcoming matches as well.”

Real Kashmir will play next on 10th August against Army Green at the Kalyani Stadium.