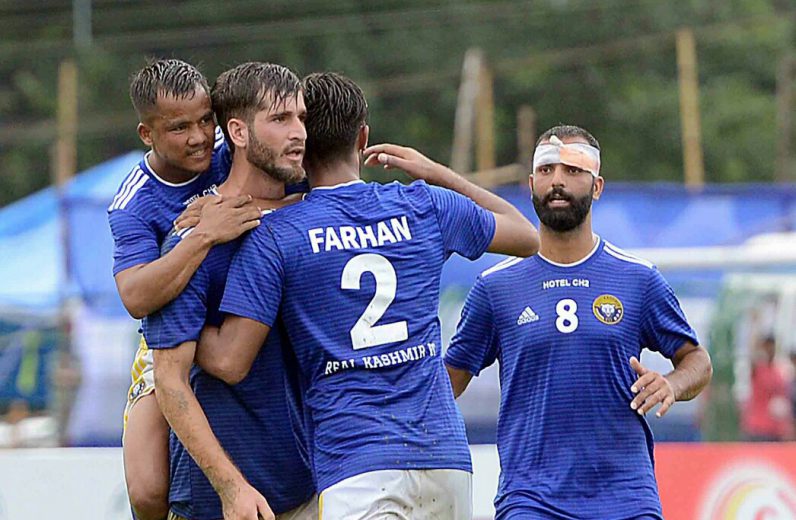 The two teams which met at the Kalyani Stadium earlier this afternoon are from the two poles of the Indian map. The match kicked off dull. There was almost no activity till the half-time, with occasional rains adding to the misery. Real Kashmir tried to muddle the Chennai defence but their goalkeeper, Kabir T was having a great match as he made some brilliant saves.

The second half commenced with Real Kashmir’s intent to score. They launched several attacks to open the scoring sheet. Chennai City was robust until the 76th minute. At the 76th mark, Chennai City shot-stopper, Kabit T was shown a red card for handling the ball outside the penalty box. The CCFC defence got a bit shaky. As it happened, Real Kashmir pushed forward and at the dying minute of the match, their star local striker Danish Farooq broke the deadlock and ensured a victory for the Snow Leopards.

The scoreline changed at the 90th minute and the match concluded 1-0 in favour of Real Kashmir FC.

Real Kashmir will next play against the Army Green on 10th of August and Chennai City will play FC Goa on 14th August, both at the Kalyani Stadium!