“Both the teams are equal to me”: East Bengal winger Pintu Mahata 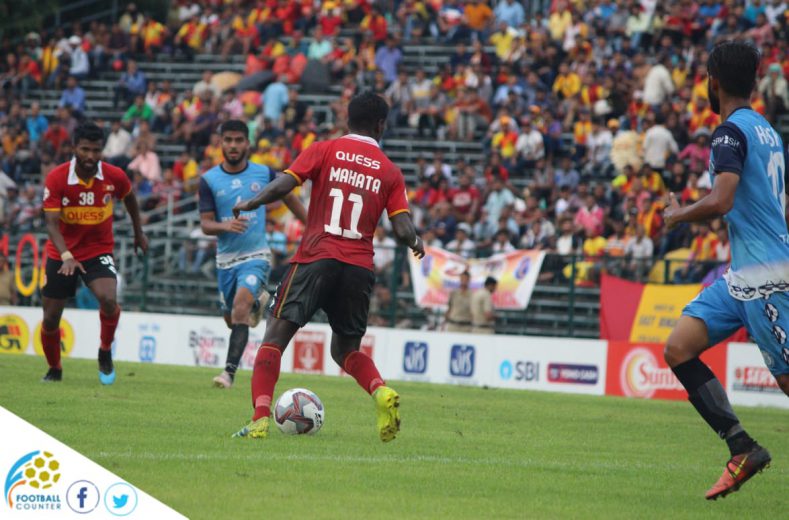 06/08/2019, East Bengal Ground, Kolkata: Pintu Mahata is a Mohun Bagan youth academy product. On 2nd September 2018, he scored for the first time for his former team Mohun Bagan against his current side, East Bengal FC, and went on to become the man of the match on the mega Calcutta derby. He replaced Raynier Fernandes, who then was succumbing to injuries, to get a chance into the team. Pintu made his professional debut on April 2017 against Bengaluru FC.  He currently plies his trade for Quess East Bengal, the arch-rivals of Mohun Bagan. He scored a goal at yesterday’s gigantic victory against the youth Jamshedpur side in the Durand Cup match.

FootballCounter asked a few questions to the 22-year-old about his journey so far. 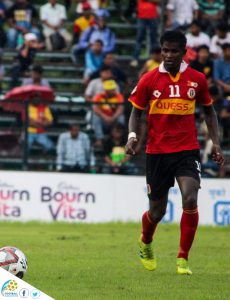 What are the new things you’ve come across in training with Alejandro Menendez compared to the other coaches you’ve played under?

Pintu: Everything has changed. I’m learning new things every day. Our coach has unique training methods which are very effective for our betterment.

Is communication a barrier between the coach and his players?

Pintu: No, we have a translator who makes it easier for us.  He translates Spanish words in English. However, if we find it difficult to understand what he says in English, we have the management to back us and translate it into our mother tongue, Bengali.

How important is the Durand Cup for the preparation of the upcoming I-League?

Pintu: Every competitive game we get to play is important and has a vital role in preparing for the bigger stage. Durand Cup is a prestigious platform for us to gear up for the upcoming season.

Is it getting difficult to manage both the Calcutta Football League and the Durand Cup matches simultaneously? Are you getting enough recovery time?

Pintu: Yes, we can manage both.

You’ve now dawned both the jerseys of the historic clubs in Kolkata, ie. Mohun Bagan and East Bengal. Which team do you feel has better supporters and overall setup?

Pintu: *Silence with a smirk* I don’t know. Both the clubs are equal to me!