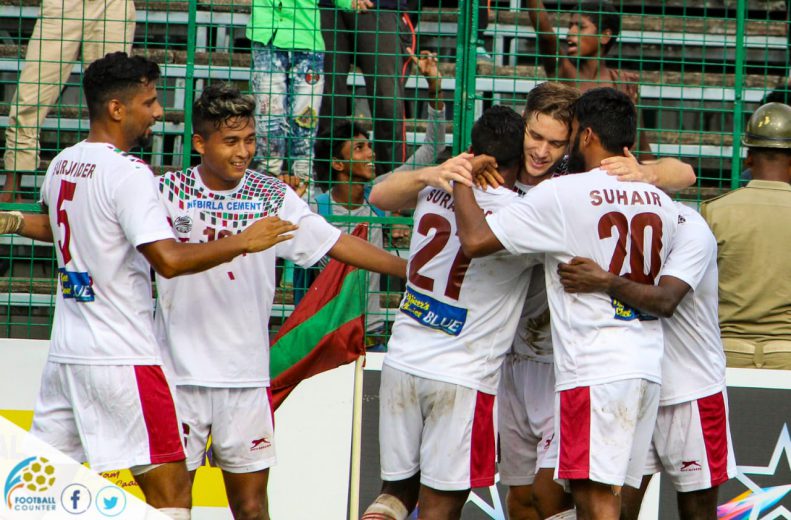 08/08/2019, Mohun Bagan Ground, Kolkata: The 129th edition of the historic Durand Cup hosted the sixteen times title holders Mohun Bagan against the two times ISL Champions, ATK. After a disappointing loss at the Calcutta Football League a few days ago, Mohun Bagan bounced back to winning ways at their Durand Cup clash today.

The match kicked off in Mohun Bagan’s approbation, as the Mariners were very close to scoring at the 2nd minute. Soon, the ISL title holders followed up. ATK started to get back into rhythm playing few touches amongst themselves. The outfit could have opened the scoring sheet as Ashutosh Mehta of Mohun Bagan made a terrible mistake at the first quarter inside his own box, where Sankar Roy made a terrific save to keep Gopi Singh’s effort at bay.

However, playing at their own backyard, and trying to overcome a nightmare, Mohun Bagan started to show positive intent. At the 33rd minute, a sharp corner met Fran Morante’s head, which landed in the top-left corner of the net. The Spanish defender drew the first blood for the Mariners. The fans rejuvenated, so did the playing eleven and the support staff. The confident Mariners launched several attacks where one such effort hit the crossbar. The first half concluded.

The second half started with both the teams playing end to end football. ATK launched several attacks which they couldn’t convert. Mohun Bagan held onto their nerves and started to gain hold of the game quickly. Within the next few moments, at the 54th minute, the Spanish No. 10 of Mohun Bagan, Joseba Beitia increased the lead for the Mariners.

The relatively inexperienced ISL side, consisting many reserves player answered at the 77th minute. Asis Pradhan rose to the occasion and scored for ATK.

The match concluded in Mohun Bagan’s favour. The Full-Time score displayed 2 goals to 1.

The complications in the valley fail to distract Danish Farooque, the star performer of Real Kashmir FC
FC Goa debut Durand Cup campaign with a win against Army Greens