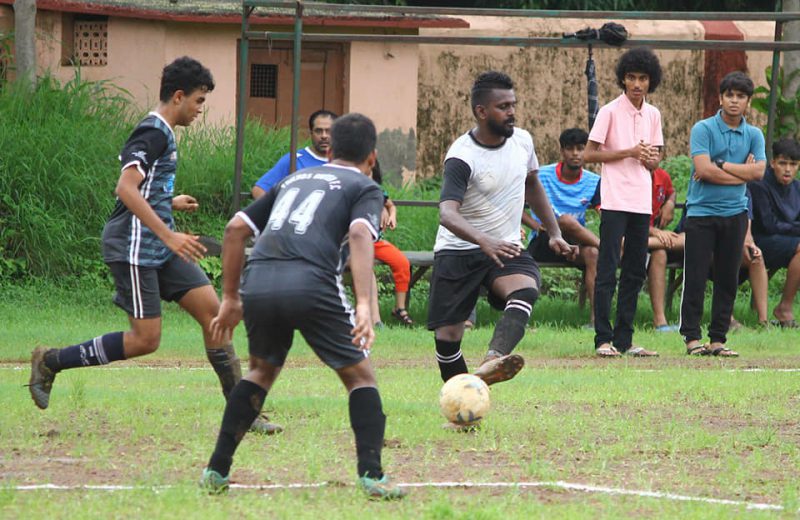 Tiger Sports rode on Ramesh Singh’s brilliance to outclass Challengers FC 3-0 while in the other game of the day, Friends United snatched all three points courtesy of an injury time goal

Day 5 of Borivali Premier League witnessed two high octane encounters. In the opening game of the day, Shelar FC faced off against Friends United in a game that had fans at the biting their nails out after a frantic finish to the game. Both teams came into the game with poor start to their respective campaigns, while Shelar FC succumbed to a 0-11 loss against Fleet footers FC, Friends United had suffered similar fate in their 0-8 loss against the same opponent.

However, Shelar FC had kept themselves alive for the semi-finals after edging Kajupada FC 1-0 in their last encounter. On the other hand, Friends United were still in search of a win. The game began with some end to end football, with both sides creating some decent chances. However neither side managed to break the deadlock at half-time. In second half, the story of the game continued with chances coming every now and then only to be wasted away in the final third.

As the game entered its final stretch, both sides went all in looking for a result. Finally, Friends United took the lead when Prashant Palkar managed to find the net from left flank. However, Shelar FC came back in the very next minute after the referee pointed to the spot for a hand-ball by Friends United defender. Sagar Gawade stepped up for the kick and duly converted it to bring the score back on to the level terms. However deep in to the injury-time, Vinit Dhanmeher’s strike found the net as Friends United secured all three points.

In the second game of the day, Tiger Sports pulled off a comfortable win over against Challengers FC to go on top of the group B table. In a almost lopsided encounter, Tiger Sports began dominating the game right from the word go. The strike duo of Ramesh Singh and Digvijay Yadav were proving to be too hot to handle for Challengers defence. It didn’t take long for Tigers to take the lead when in the 10th minute, Ramesh Singh converted one such chance to find the back of the net. The stiker almost double the lead a minute later only to be denied by the linesman’s offside flag. Meanwhile, Digvijay Yadav from the left flank constantly had his markers clueless with his speed and trickery on the ball.

However early in the second half, the quick footed Ramesh was brought down inside the box by challengers defence as the ref awarded a penalty to tigers. It was duly converted by Siddharat Puthran to make it 2-0. Midway through the second half, Ramesh Singh once again found himself in space as he latched on to a through ball, dribbled past couple of defenders before pulling the trigger as the ball found the net to make it 3-0.

Football is so beautiful that it can surprise anyone any day: Stimac
Team India creates magic on the streets of Munich at Adidas FC Bayern Youth Cup World Finals