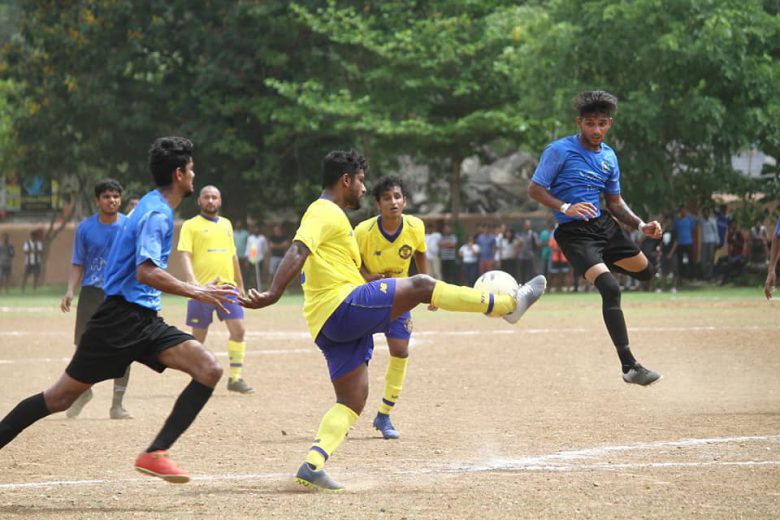 Day 2 saw Milan Club and Vibrant FC start off their respective campaigns with a win while Friends United and Kajupada FC shared the spoils with a draw.

In the opening game of Day 2, Milan Club edged Challegers FC by a solitary goal margin. In an end to end game of football, Sunny Thakur’s 15th minute header turned out to be the difference between the two sides. Challengers FC did try to come back into the game late in the second half with some good attacking moves but Milan Club’s defence stood strong as the latter managed to maintain their goal lead to snatch all 3 points.

In the second encounter of the day, Friends United held Kajupada FC to 1-1 draw. Daiwik Rao opened the scoring for Kajupada FC in the 18th minute of the game as they began asserting their dominance and comfortable settled in to the game. However, early in the second half, Friends United pulled things back on level terms after Akash Yadav’s strike found the net. Neither side could manage any further goals as both the sides ended the game sharing a point each.

In the final game of Day 2, Vibrant’s resolute defending kept Maryland’s strong attack at bay as the former managed to sneak in a late goal to capture all three points. After a goalless first half, Kunal Mane successfully converted a late penalty to give his all three points from the game